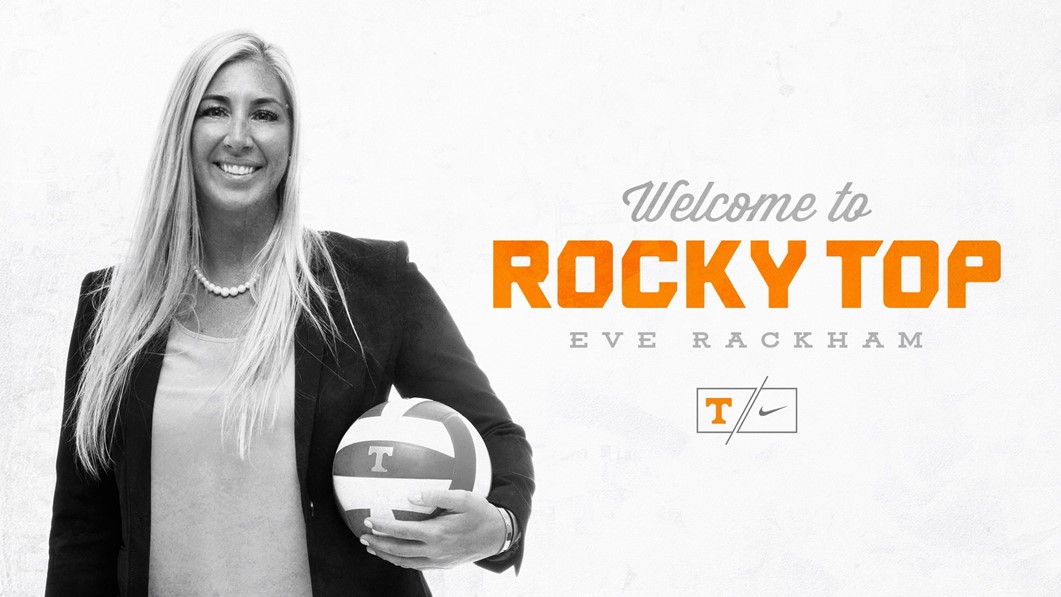 Tennessee has announced the hiring of Eve Rackham as the programs new head coach, her first time as head coach at any program. Current Photo via Tennessee Athletics

Tennessee has announced the hiring of Eve Rackham as the program’s new head coach, her first time as head coach at any program. She replaces 21-year head coach Rob Patrick, who resigned after a 12-15 season in 2017. For the past nine years, Rackham has held various coaching roles with the UNiversity of North Carolina and most recently has been the assistant coach since 2013.

Rackham has signed a five-year contract with Tennessee, with her first year’s salary set to be $175,000.

While with North Carolina, Rackham was in charge of recruiting and was responsible for the team’s offensive development. The Tar Heels posted a 210-77 record while Rackham was the assistant coach for the program, with Rackham being named the 2014 AVCA Division I Assistant Coach of the Year. She also helped the program to seven consecutive NCAA Tournament berths from 2010-16. This season, however, was a down year for the program who ended their season early after an 11-9 ACC mark.

“I am honored to be named the new head volleyball coach at the University of Tennessee,” Rackham said to Tennessee Athletics. “While I will always cherish my time at the University of North Carolina, I could not be more excited for this opportunity. I look forward to building on the foundation of success laid by Rob Patrick during his 21 years.”

Rackham replaces Rob Patrick who resigned his position at the end of 2017 following 21 seasons with the Vols.

Eve Rackham has been named the next head coach of the Tennessee volleyball program!