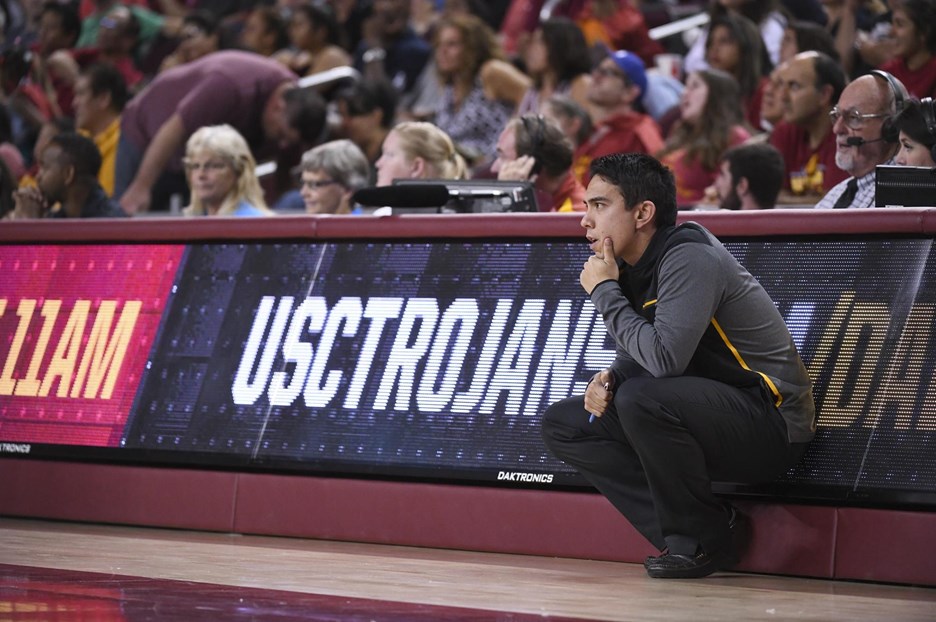 Another coaching vacancy has been filled as USC associate head coach Jason Kennedy takes over as head coach at Boston College.  Current Photo via USC Athletics

Another coaching vacancy has been filled as USC associate head coach Jason Kennedy takes over as head coach at Boston College.

Kennedy replaces Chris Campbell, who resigned in November after eight years with the Eagles. Campbell went 73-176 in eight seasons, but ranked as the second winningest coach in BC history, following Andrea Leonard, who went 80-107 from 2003-2009.

“I want to thank Martin Jarmond, Jamie DiLoreto, and Jocelyn Fisher Gates for seeing the potential in me as a head coach in the ACC,” Kennedy said. “From the beginning, I could tell there was a renewed excitement around BC Athletics and the energy around the department is contagious. Boston College is a strong academic destination for so many reasons but the people at Boston College are really what separated it and made it special from a lot of different places. I want to thank the University of Southern California, especially Mick Haley and Bill Ferguson, for the opportunities they’ve presented me over the last eight years that have allowed me to grow personally and professionally into the coach I am today. I know there is a lot of work ahead but am looking forward to getting into the gym and getting a new culture and foundation underway at BC.”

Kennedy comes to Chestnut Hill after three years at USC, the last two as associate head coach. During his tenure with the Women of Troy, the program went 75-25 and made three NCAA Tournament appearances, including Elite Eight appearances in 2015 and 2017.

“Our national search provided us with some of the best and brightest candidates in volleyball, but one person stood out – Jason Kennedy,” BC Athletics Director Martin Jarmond said in the announcement. “We are excited to have him join the Boston College community. Jason possesses an impressive background as a student-athlete and a coach at the college and U.S. National team levels. He is a highly-respected recruiter, teacher, and strategist and has developed some of the best young volleyball student-athletes in the nation. I am looking forward to working with Jason and am excited to see the impact that he will have on our volleyball program.”

Prior to his time as an assistant coach with the USC women beginning in 2015, Kennedy served as technical director for the men’s and women’s teams from 2011 to 2014. In that role, Kennedy prepared scouting reports, game-plan assistance and in-game strategic adjustments to the volleyball staffs. He also oversaw video analysis, exchange and distribution for both teams.

The Honolulu, Hawaii native had prior coaching experience in the club and high school ranks with Club Troy, Eclipse Volleyball Club, and Los Altos (Calif.) High School. He coach Los Altos for four seasons, leading the team to the CIF sectional playoffs each year. With Club Troy, he led his 17s team to the bronze medal at the 2014 Junior National Championships. As head coach with Eclipse (Palo Alto, Calif.), he guided the 17s team to a regional title in 2010.

Kennedy was a setter and team captain at Santa Clara from 2004 to 2007 and earned his bachelor’s degree from the school. He later earned his master’s degree in sports management from the University of San Francisco in 2009.

We are pleased to welcome Jason Kennedy to The Heights as the new #BCEagles head coach!