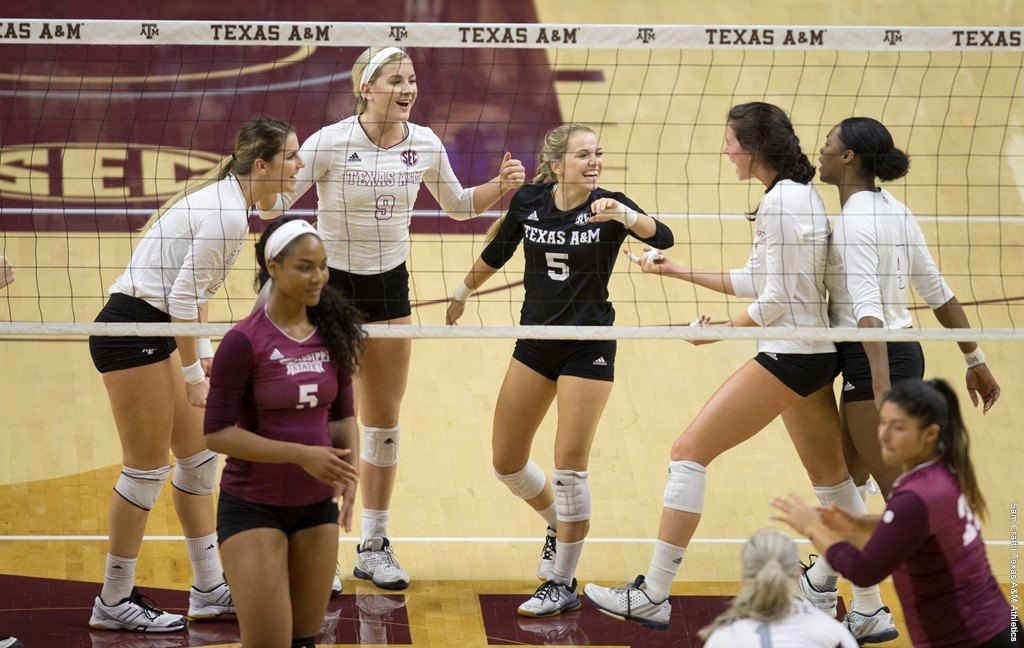 Former All-American Athletic Conference First-Team performer Brookah Palmer is transferring from Houston to Texas A&M to continue her collegiate career. It is unclear if Palmer will be immediately eligible as she may have to sit out another season, but at the moment she would be a redshirt sophomore in 2017.

A 6’2″ outside hitter originally from Carrollton, Texas, Palmer attended Hebron High School where she was a four-year letterwinner. Her talents caught the eye of the University of Houston, where she enrolled for 2015. She would go on to have a fantastic first season as she started in all 32 matches, recording 506 kills, 301 digs and 50 aces (sixth most in school history). Her performance earned her a spot on the All-AAC First-Team in addition to the AVCA All-Southeast Region Team.

In year two, things didn’t go quite as planned. After she suffered an injury late in the 2015 season, pain continued to develop. Eventually she was diagnosed with a shoulder injury and was forced to sit out the entirety of the 2016 season as she took a redshirt to maintain her sophomore eligibility on the court, which she will utilize this year in a new uniform.

The Aggies now have five outside hitters on the roster not including Palmer. Rising senior Kiara McGee is the leader of the group after putting down a team-high 334 kills last season. Hollan Hans was second on the team in kills as an outside hitter, but now is also listed as part middle blocker. The other three consist of a freshman and two sophomores who combined for four sets of action.

Texas A&M is coming off a season in which they went 21-9 and 15-3 in SEC play, which put them just a game out of the conference championship. It was their third straight 20+ win season and their sixth straight NCAA Tournament appearance.

At this time Brookah remains ineligible to play the 2017 season. She has been unable to procure a release from UH. Although UH has had an open door for transfers in and out of the program they have chosen to close that door in this case. It’s worth noting that UH has two transfer athletes that are major contributors in their 2017 line up.