China is projected Number 1 in next FIVB Women’s Rankings 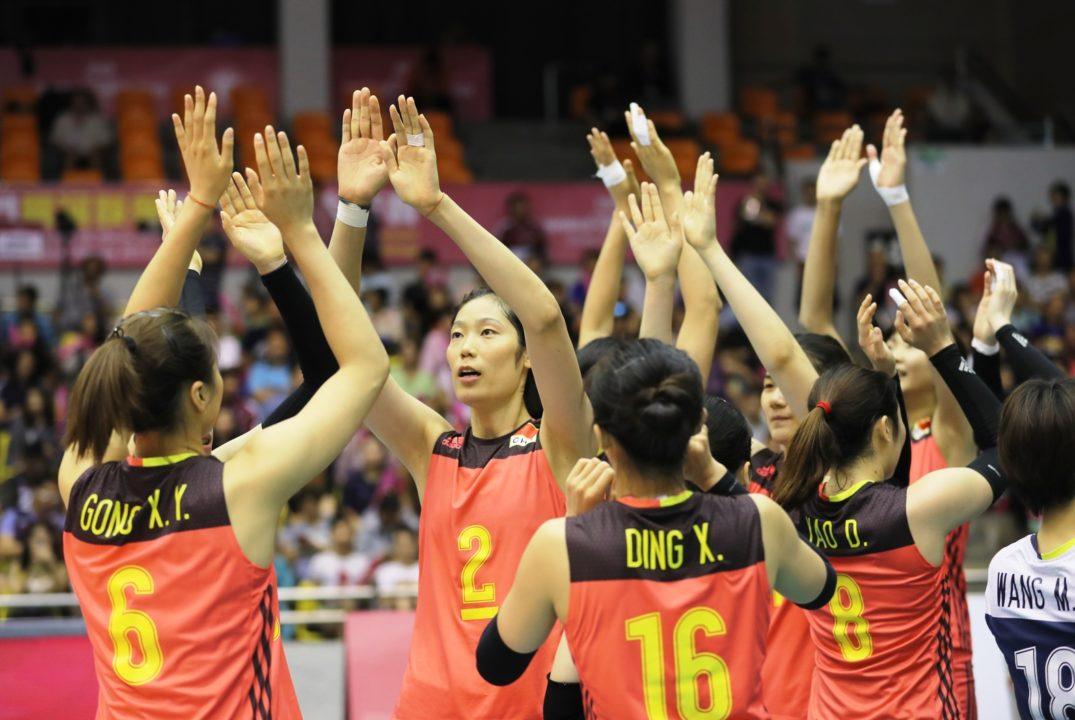 With the results of Saturday’s World Grand Prix finals complete, VolleyMob can project what the new FIVB Women’s Rankings will... Current Photo via FIVB

With the results of Saturday’s World Grand Prix finals complete, VolleyMob can project what the new FIVB Women’s Rankings will be after Sunday’s matches. 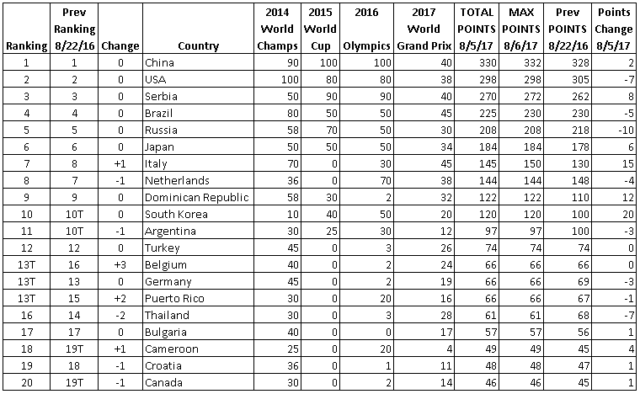 China will maintain their Number 1 World Ranking even with their loss to Italy on Saturday. The Chinese took over the top spot after last year’s Olympics in Rio with 328 points. If they beat Serbia on Sunday, they will reach 332 points.

The USA women will remain second losing 7 points from their score from the last ranking after the Rio Olympics. That is due to the not making the semifinals in the World Grand Prix, where they finished 2nd last year.

Serbia will also remain third no matter their result. By making the medal round of the Finals, Serbia was able to increase their points by 8 and possibly 10 with a win over China on Sunday.

Brazil, Russia, Japan, Dominican Republic and South Korea all maintained their positions in the top 10.

Unless the FIVB adds Continental Championship results back into the ranking points, this may be the only ranking for 2017.