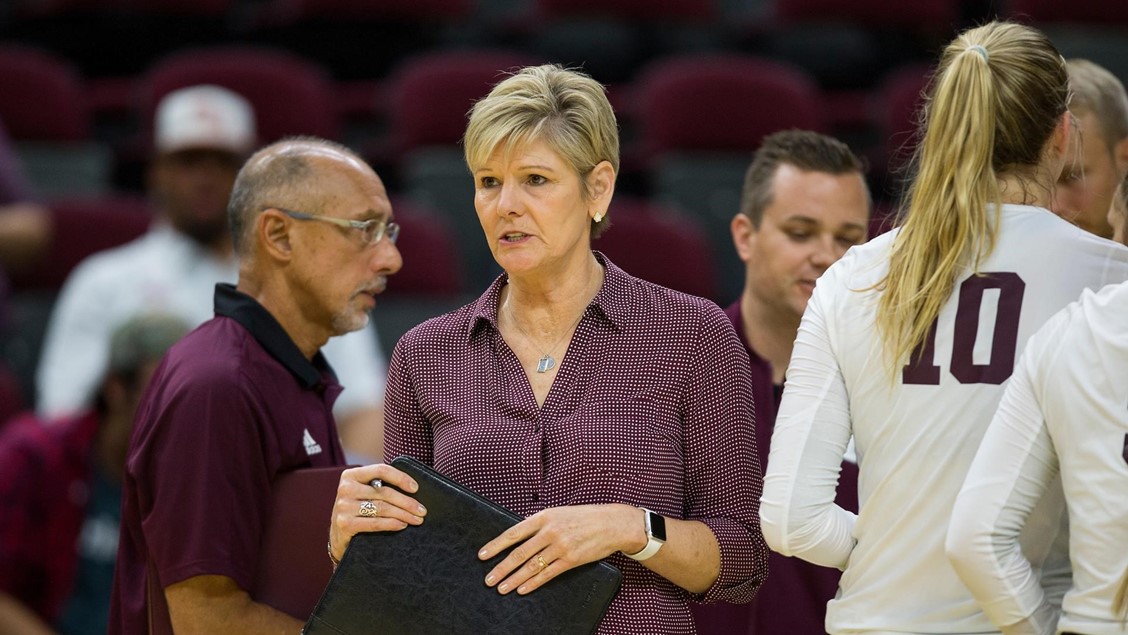 Texas A&M head women’s volleyball coach Laurie Corbelli has resigned. Corbelli had been the program’s head coach since 1993. While the... Current

Texas A&M head women’s volleyball coach Laurie Corbelli has resigned. Corbelli had been the program’s head coach since 1993. While the release doesn’t explicitly say that associate head coach John Corbelli is resigning as well, Corbelli’s comments seem to indicate that this is an exit for both of them.

“John and I have been incredibly honored to serve Texas A&M for 25 amazing years,” said Laurie Corbelli. “We would like to thank John David Crow, Lynn Hickey and Wally Groff for bringing us to Aggieland in 1993. And, of course, to our remarkable current and former athletes and staff, we express our utmost gratitude and heartfelt thanks for your loyalty, your excellence, and your passion for becoming the best you can be. Gig ’em, Aggies!”

Texas A&M finished with a 10-15 record this season and were 9th in the SEC with a 7-11 record in conference. Corbelli’s overall record as the school’s head coach is 519-252, including 77-33 in the 6 seasons in which the Aggies have played in the SEC. Texas A&M has qualified for the NCAA National Champioinship Tournament 20 times in Corbelli’s 25 seasons as head coach, including the last 6 before missing the tournament in 2017.

Corbelli was also a member of the U.S. Women’s National Volleyball Team, including winning a silver medal at the 1984 Summer Olympic Games. Her most recent international appointment was as the head coach of the USA Volleyball U20 National Team at the U20 World Championships this summer. She also worked international assignments with Team USA junior squads in 2015 and 2016.

“I want to thank Laurie for her incredible commitment to A&M over the last 25 years,” said Scott Woodward, Director of Athletics at Texas A&M. “Along with her husband, John, she impacted the lives of hundreds of student athletes and her legacy will carry on for years to come. We wish them both well.”

Corbelli is the winningest coach in Texas A&M history – the next-closest, Terry Condon, has 180 wins, while Al Givens has just 123 career wins. Corbelli’s career win total of 619 ranks her among the top 20 active coaches in Division I volleyball.

While Corbelli is 60 years old, the decision was framed as a “resignation” rather than a “retirement.”