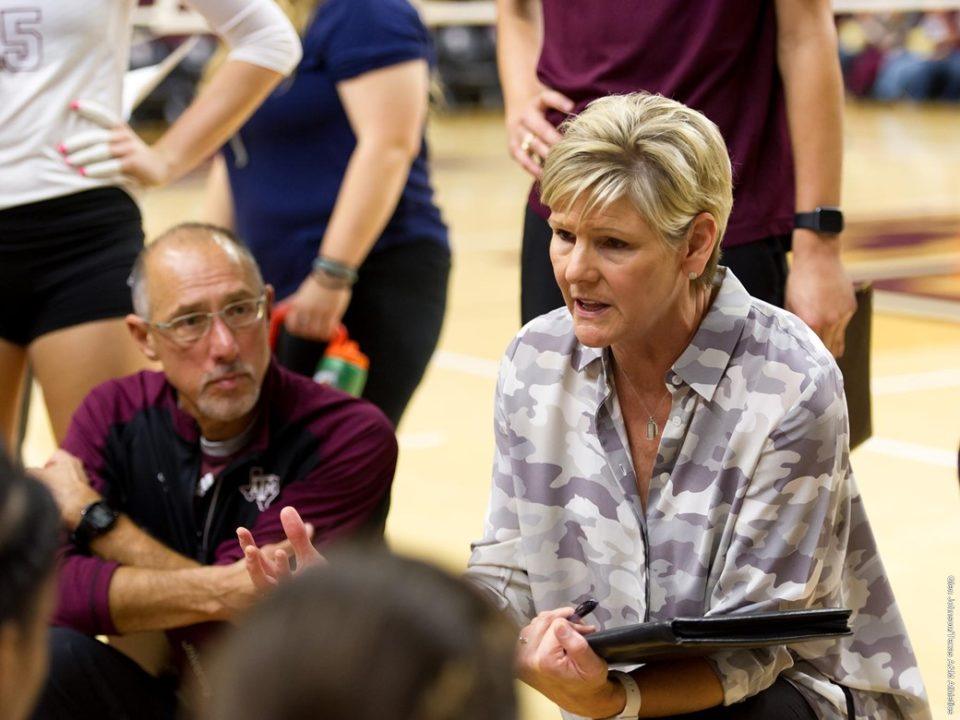 She will be assisted by Blake Rawlins, the head trainer at Top Select Volleyball Academy in Winter Haven, Florida, and Jay Van Vark, an assistant coach at Grand Canyon University. Western Kentucky head coach Travis Hudson has been selected as an assistant coach with the USA Women’s Junior National Team, but because of scheduling conflicts, Hudson’s participation is limited to this week’s July 2nd-7th training camp in Colorado Springs. The team as a whole will be there from July 2nd-12th, then heads to Cordoba, Mexico for the tournament that runs from July 14th-23rd. Tom Pingel, USA Volleyball’s Senior Director of High Performance and Events, will serve as the team leader.

This is Corbelli’s second-straight year to be appointed as the head coach of the Junior National Team.

“It’s a huge honor for me anytime I can represent USA,” Corbelli said. “It brings back tons of memories. My heart is just full when I get to stand with others who are representing USA and singing the anthem. It still gives me goosebumps, and I’m just really, really honored and proud.”

Corbelli is a former member of the USA Volleyball Women’s National Team from 1978-1984 and won Olympic silver with the 1984 Olympic Team. Last year, she led Team USA to silver at the NORCECA Women’s U20 Continental Championship.

“To be chosen to lead the group again is exciting and an awesome opportunity for me,” Corbelli said. “I’m always looking for ways to grow as a coach, and being around other coaches and the quality of athletes who advance to the junior national level is an opportunity to learn and grow. I never want to stop learning and getting new ideas and new ways of doing things. I really enjoy doing that and bringing it back to Texas A&M Volleyball.”

This fall, Corbelli will begin her 25th season as the head coach of the Aggies.

Team USA qualified for the World Championships by winning gold at the U21 Pan Am Championships earlier this summer, where Corbelli’s Texas counterpart Jerritt Elliott was the head coach. The U20 Worlds roster will be selected from the same 16-player training team as the U21 Pan Am roster was, though the same 12 players aren’t guaranteed of spots.

Western Kentucky, Grand Canyon, and Texas A&M didn’t place any players on USA Volleyball’s U20 Junior National Training Team roster, but Hudson’s success on the college level was still enough for him to be appointed to the staff.