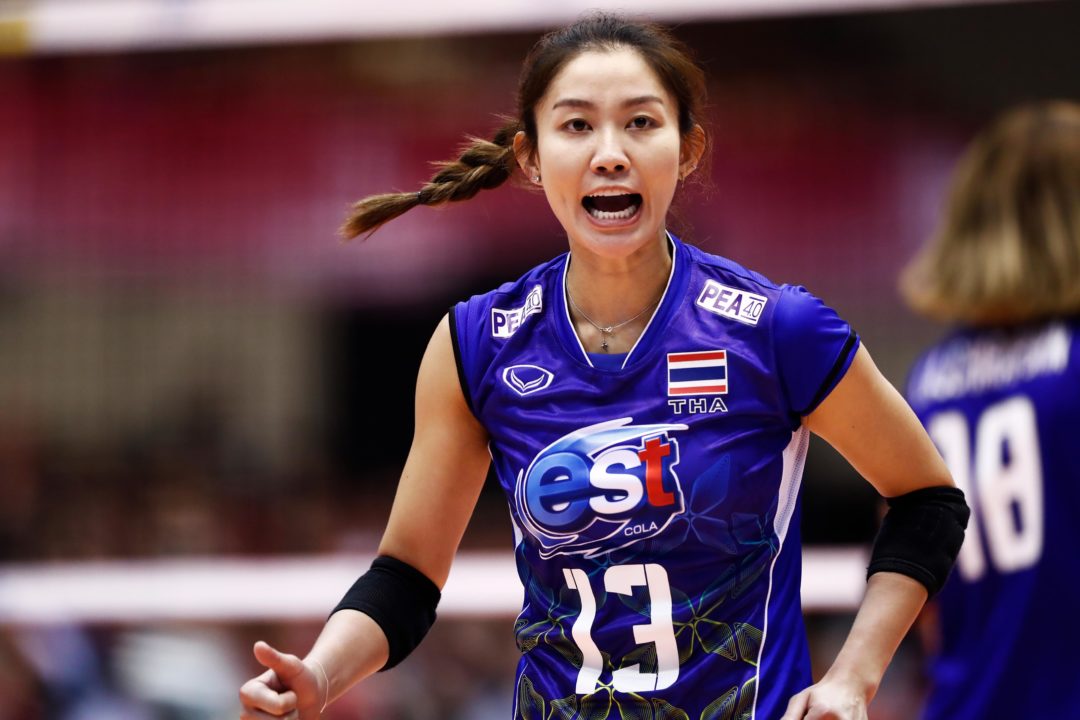 When American setter Carli Lloyd injured her shoulder in National Team duties and had to undergo surgery, it left the defending Turkish Cup and National League champions Fenerbahce Istanbul teetering. The club has a bevy of offensive talent, including domestic middle blockers Bahar Toksoy and Eda Dundar, Brazilian superstar Natalie Pereira, and Azerbaijan’s Polina Rahimova, who holds the World Record of 58 points scored in a single match.

But without Lloyd, one of the world’s top setters, they had no reliable option to feed them the ball, being left with only young 22-year old Cagla Akin, who was just the 22nd-most-efficient setter in the league last season playing for Besiktas. She came to the club along with Lloyd in the off-season to replace the team’s two outgoing setters.

The club scored a late-market coup this week, though, by signing 32-year old Thai National Team setter Nootsara Tomkom. Tomkom was the team’s setter last year (she ranked 4th in the league) but wasn’t due to return this season.

At 32-years old, Tomkom is a veteran that besides her on-court quality will be able to mentor the younger Akin this season through the crucial leadership position at setter. Tomkom had more assists than any player at the 2017 FIVB World Grand Prix representing Thailand when she averaged 10.62/set. That’s over three-and-a-half more per-set than the next-closest player (Netherlands’ Laura Dijkema), who had 7.06. Lloyd ranked 7th in that category at 4.68/set. Tomkom was named to the all-tournament team as best setter at this year’s Asian Senior Women’s Volleyball Championship team.

Lloyd is expected to have 3 more months of rehab before being ready to play volleyball again.