The 2018 Men’s Draw: Details And Analysis 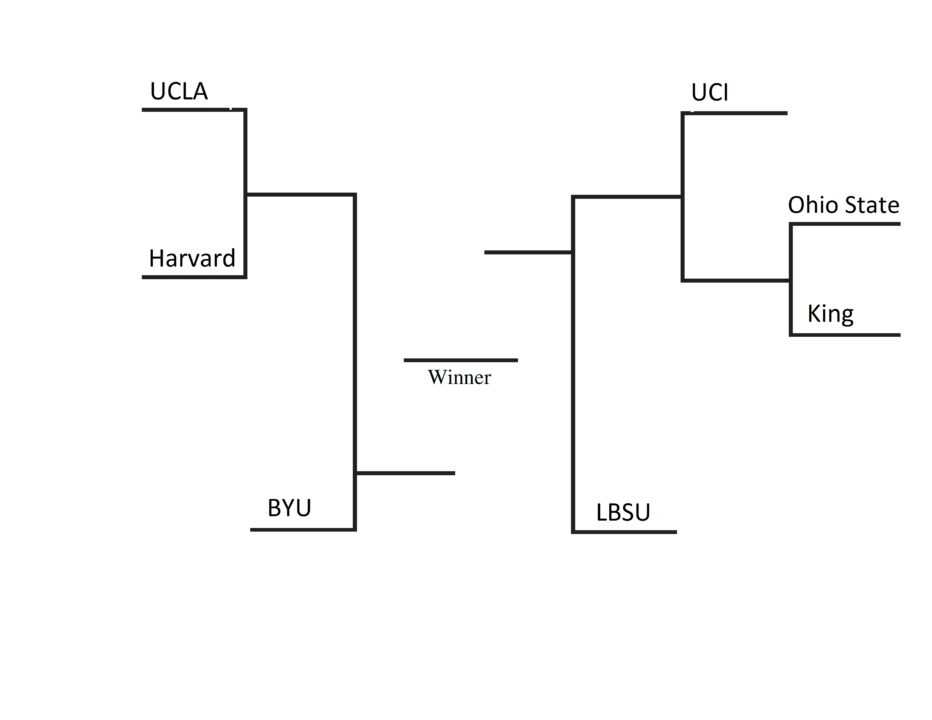 It is clear from the seedings that the NCAA committee was looking at regionalization and costs of travel rather than the best programs seeded the most fair. One could speculate that it is far cheaper for King to take a bus to Columbus, Ohio from Bristol, Tennessee than to fly King to Boston or fly Harvard to Bristol.

The second argument that supports this claim is the inclusion of UC Irvine over Hawai’i. It costs far less to bus Irvine to Los Angeles than to have the Rainbow Wahine fly into LAX.

Unfortunately, that is the NCAA’s only logical argument in this instance. Harvard’s RPI coming into the last week of play was in the 20s, whereas OSU was in the top 10 the entire season, yet Harvard has been seeded higher than Ohio State, forcing the two-time defending champs to play an additional match. Also, Hawai’i owns two wins over UCI, including a semifinal win in the Big West tournament.

I’m also thinking that the last thing the Big West and MPSF conference winners wanted was to play teams from their own conference in the national semifinals. One could have modified the halves to avoid this possibility.

Please don’t tell me this is about geography. If geography is your justification for King going to Ohio State, why not send Irvine (last team in) to UCLA? That drive is much shorter than Bristol to Columbus.

‘Maybe’ geography is the reason Hawaii was left out? If that is the case, let’s not have a national tournament and just have regional champions.