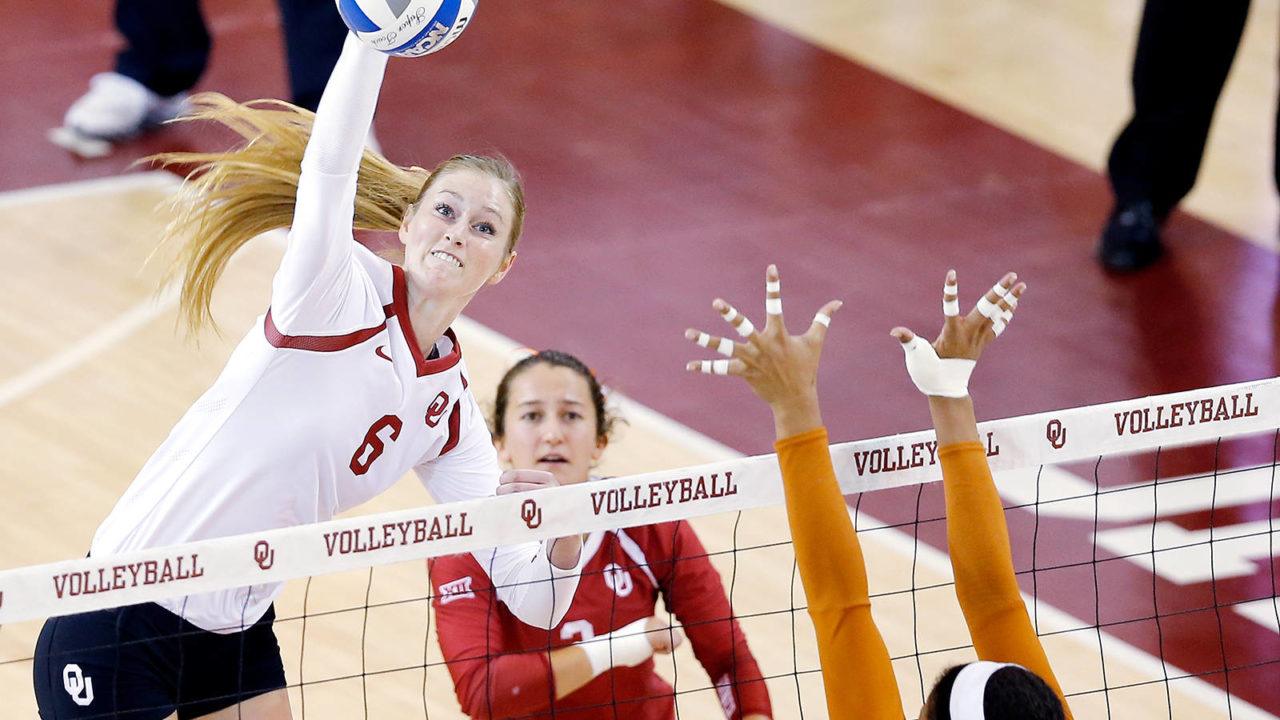 Marion Hazelwood, a three-time AVCA All-America Honorable Mention, will finish her career at Washington after transferring from Oklahoma. Current Photo via via Oklahoma Athletics

In all three of her collegiate seasons, Marion Hazelwood was named AVCA All-America Honorable Mention at Oklahoma. In her fourth season, she will look to make a mark at the University of Washington during her senior year.

Standing at 6’3″, Hazelwood was on the All-Big 12 Freshman Team in 2014 when she won the AVCA Southwest Region Freshman of the Year. She earned All-Big 12 First Team in 2015 and 2016 and was named to the All-Region squad every season by the AVCA.

“We have competed against her firsthand and what stands out to me about Marion is her diverse offensive skill set and her knack for performing well in the most challenging matches,” Washington head coach Keegan Cook said in the release. “Marion will be the sixth volleyball player in the last three years to pursue her graduate education at Washington, and I look forward to preparing her for a future professional career on and off the court.”

Hazelwood, a middle blocker, has 753 kills in her career along with 344 total blocks. If she can match (or come close to it) her career-high of 263 kills last season, she’d finish her four years over 1,000. In those two matchups against Washington, Hazelwood had a total of 19 kills and hit over .500.

“From the very beginning of the recruiting process, it was very clear to me that Marion would fit in well within our program and our current roster in particular,” Cook told Washington about the news. “It is far from an easy thing to join an established team with big aspirations as a graduate transfer. It will be a sprint of a season for Marion and she will give us the additional depth we’ve sought at the middle blocker position. After her official visit, our team and staff let me know daily how much they wanted Marion to join us for the 2017 season.”

Washington is fresh off a 29-5 season including a second straight trip to the Regional Finals. However, Nebraska knocked Washington out in the Elite Eight both times – and again a year prior in the 2014 Sweet 16 (as well as 2012). 2013 was the last time Washington made the Final Four, but with plenty back for 2017 and the addition of Hazelwood, they will have hopes of making it to Kansas City in December.