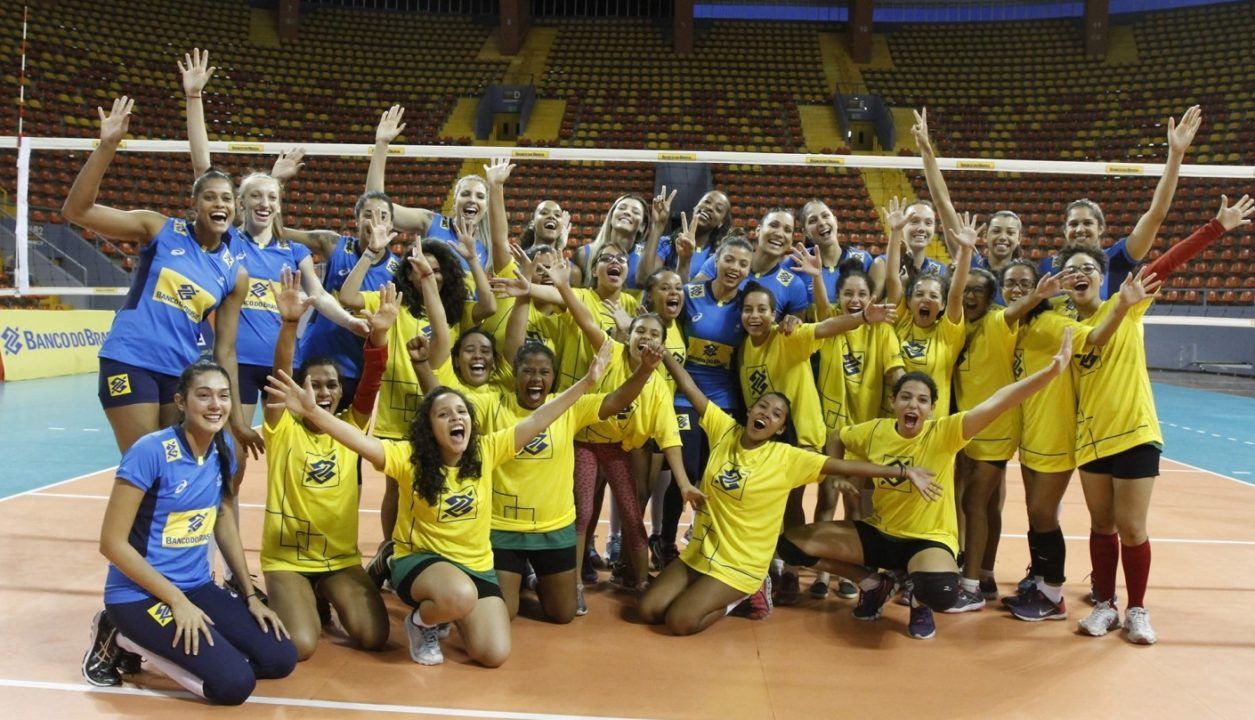 In early June, students from Teimsocles de Araujo State School in Belem, Para, Brazil were practicing and their coach told the team that it was going to leave for a training game with Pro Paz Foundation students.

While on the bus to the game, some of the students realized that they weren’t going where the coach had told them they were supposed to go.

Eventually the team arrived at the Arena Guilherme Paraense in Belem. When they walked into the arena, they were surprised and some players said, “this is a wonderful place!”

The Manager for CBV Indoor Compeitions, Cilda D’Angelis told the students that this is exactly what you see on television when the national team plays. She also said, “That is was the students’ for the day to practice.”

As the students are practicing, they don’t realize that some people have walked onto the court. And then they notice, “It’s the women’s national team!!!” The students are crying because they get to meet some of their heroes in person and they couldn’t believe it.

The national team players split up to create two teams with the students to play a pick-up game. The captain for the students said, “It was the best game ever.”

The pro players talked to young players about overcoming difficulties to make the national team and working hard as a group can help them succeed.

The CBV also provided tickets for the students to watch the Brazilian national team play against the Dominican Republic in Belem. The captain of the students said after the experience, “Volleyball brought me one of the best sensations of my life and I wanted people to feel it through the sport.”