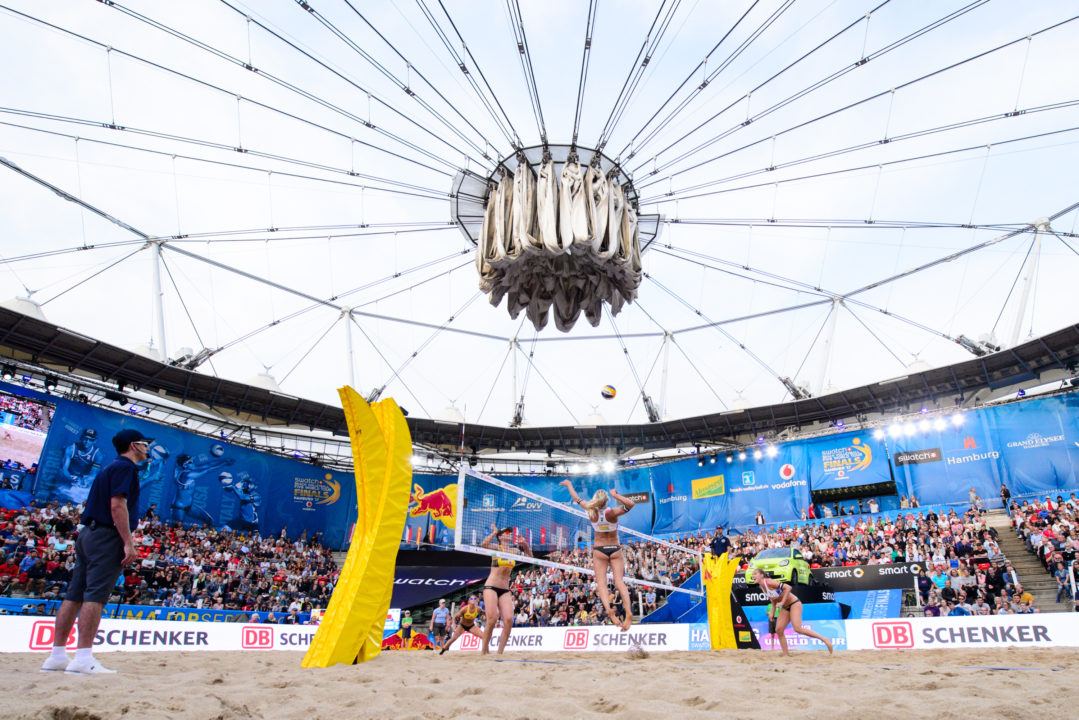 The second day of the FIVB World Tour Finals has concluded, with three teams ending pool play with a 2-0 record on the women's side.  Current Photo via FIVB

The second day of the FIVB World Tour Finals has concluded, with three teams ending pool play with a 2-0 record on the women’s side.

Pool A was a slew of evenly matched games, as all three teams conclude their pool play with 1-1 records. After losing on day one, the #2 ranked team from Germany, Julia Sude and Chantal Laboureur were able to take down the Czech Republic’s Kristyna Kolocova and Michala Kvapilova in three. Earlier in the day, Kolocova/Kvapilova started off their World Tour Finals with a win over Switzerland’s Anouk Verge-Depre and Joana Heidrich, who took down the Germans on day one.

Pool B was a shock for the #1 ranked Talita Antunes and Larissa Franca, who end pool play with a 0-2 record. Laura Ludwig and Kira Walkenhorst took the top of the pool with a 2-0 record, taking down Summer Ross and Brooke Sweat to start off their day. Ross/Sweat came back in their next match to take down the Brazilian powerhouse in straight sets.

Sarah Pavan and Melissa Humana-Paredes took the top of Pool C, with a win over the Czech Republic’s Barbora Hermannova/Marketa Slukova. Making up for their first-day loss was Canada’s Heather Bansley/Brandie Wilkerson as they took down the Czech duo in straight sets.