TJ DeFalco is Currently Enrolled at LBSU; Not Playing Professionally 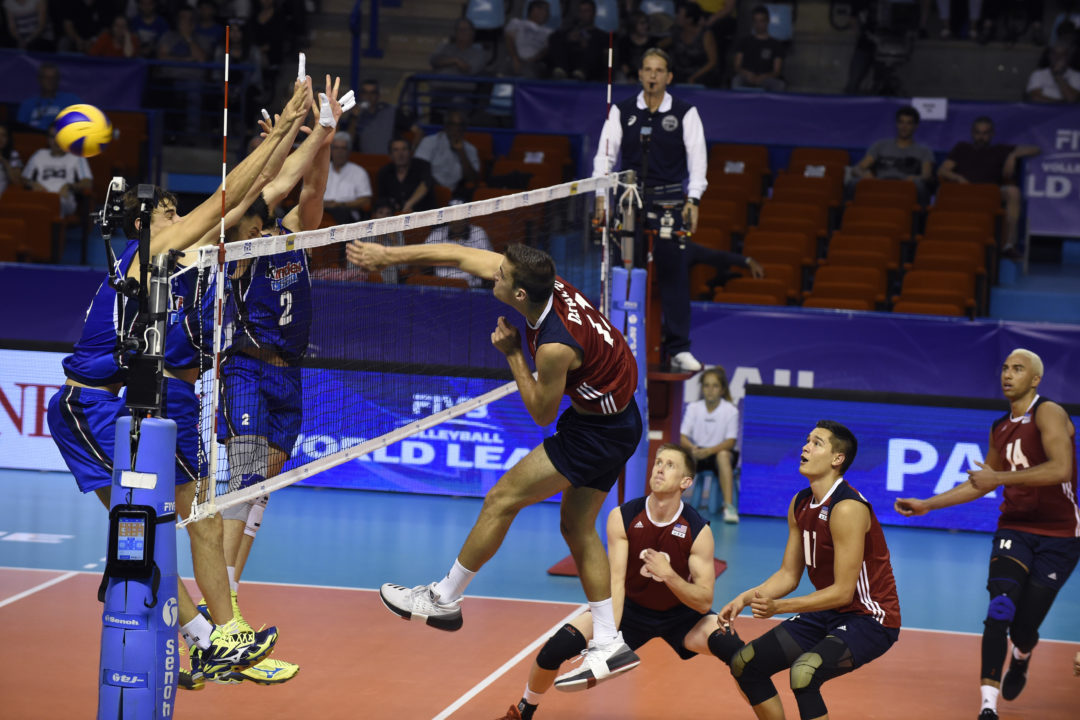 TJ DeFalco is enrolled at Long Beach State and is not currently playing professionally, a spokesperson confirms. Archive Photo via FIVB

Rumors have swirled since May that the defending AVCA national men’s college volleyball player of the year was pondering forgoing his remaining two years of eligibility to begin his professional career.

A spokesperson for Long Beach State University, however, has confirmed that DeFalco hasn’t turned pro – for now at least. “TJ DeFalco is currently enrolled in school and he is not playing professionally,” the spokesperson said.

He was named the 2016 AVCA Newcomer of the Year, the 2017 AVCA Player of the Year, and is a two-time AVCA All-America First Team member. As a sophomore last season, he averaged 3.99 kills per set while hitting .389 – the latter of which ranked him 8th nationally as an outside hitter in a category typically dominated by middles.

Had he turned pro early and gone to Italy, he would’ve joined former BYU standout and fellow National Teamer Ben Patch, who made that move at the end of his junior season last year. Patch, however, is already 23 as a result of taking two years off to complete his Mormon mission. DeFalco doesn’t even turn 20 until October.