Jake Arnitz is ready to start his professional adventure 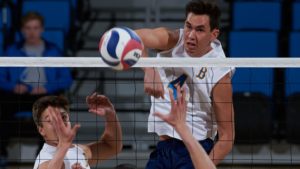 Oliver Martin, a 6’10” middle blocker from UCLA, will be starting his professional career in Finland with Team Lakkapää. Martin hit a match-high .575 in the NCAA Championships against Long Beach State. 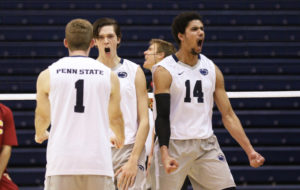 Jalen Penrose will be starting his career in the Czech Republic with VK ČEZ Karlovarsko. Penrose just finished his senior season with Penn State where he led the EIVA in service aces. 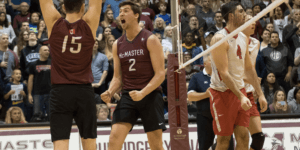 Brenden Sander will start his career in Italy with BluVolley Verona. The BYU alum will play for the same club his brother, Taylor Sander, started his career.

The 2018 VolleyMob Men’s Player of the Year, Nicolas Szerszen of Ohio State, has signed his first pro contract in Poland.

Brian Negron, a 6-7 setter at George Mason, has signed a contract with the Guaynabo Mets, a Puerto Rican professional team, that will see him play for the squad from May until August back on his home island.

TJ DeFalco is Currently Enrolled at LBSU; Not Playing Professionally

TJ DeFalco is enrolled at Long Beach State and is not currently playing professionally, a spokesperson confirms.

Last year’s league champion, Chaumont VB 52, will try to repeat as champions of a league that’s competitive from top to bottom.

American Alex Slaught signs with one of Spain’s top teams

Two-time Canadian Collegiate Athletic Association Player of the Year Isak Helland-Hansen has signed on to play professionally for the Draisma Dynamo in the Netherlands.

After ending his collegiate career a year early, Ben Patch has officially selected the club he will begin his professional…

Azimut Modena is investing in their future, with the addition of two young players in Italian Andrea Argenta and American…

BYU All-American Jake Langlois, who really came into his own as a senior while Ben Patch was injured, has signed his…