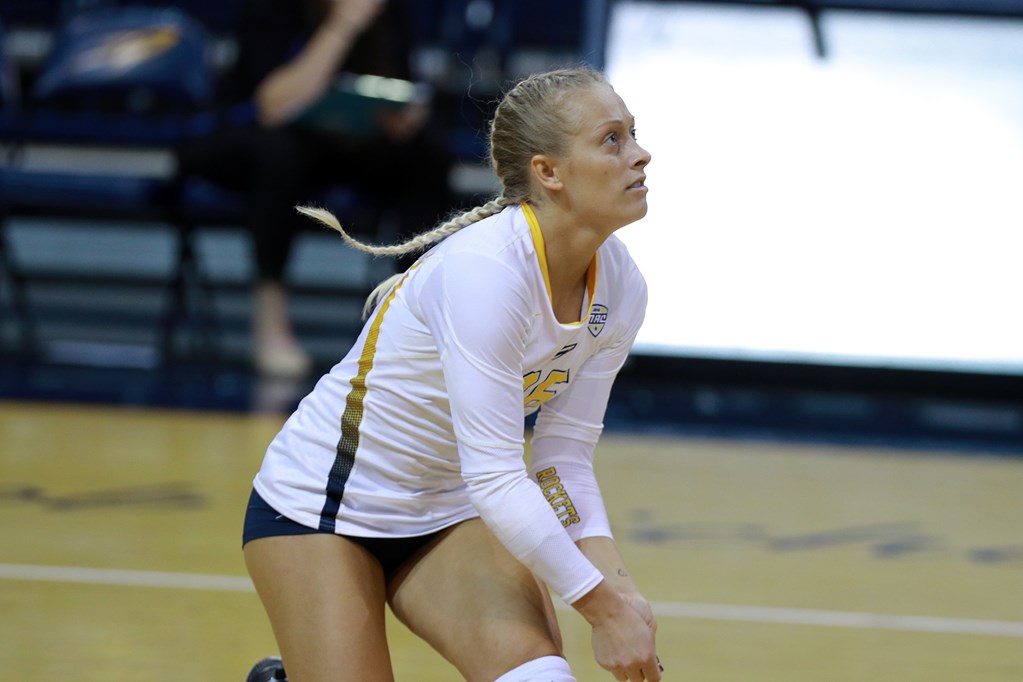 Toledo's Maurissa Leonard became the sixth active player with 2,000 digs to her credit with a 23-save haul against Ball State on Thursday.  Current Photo via Toledo Athletics

Toledo’s Maurissa Leonard became the sixth active player with 2,000 digs to her credit with a 23-save haul against Ball State on Thursday.

Leonard now has 2,010 career digs, making her the first Toledo player and 15th player in Mid-American Conference history to reach the milestone.

Last year, Leonard added 564 digs, registering a school season record 5.58 per set as a junior. She tallied double-digit saves in 25 matches, including 20 or more 15 times and 30 or more three times. She pulled up a career-high and school record 40 digs at Marshall (9/9/17).

Leonard boasts three of the top five spots for season digs and digs per set. Entering 2018, Leonard ranked second in career digs behind Lora Sarich (1,736 from 2003-06). She broke Sarich’s record with a 32 dig effort against George Washington on August 31.