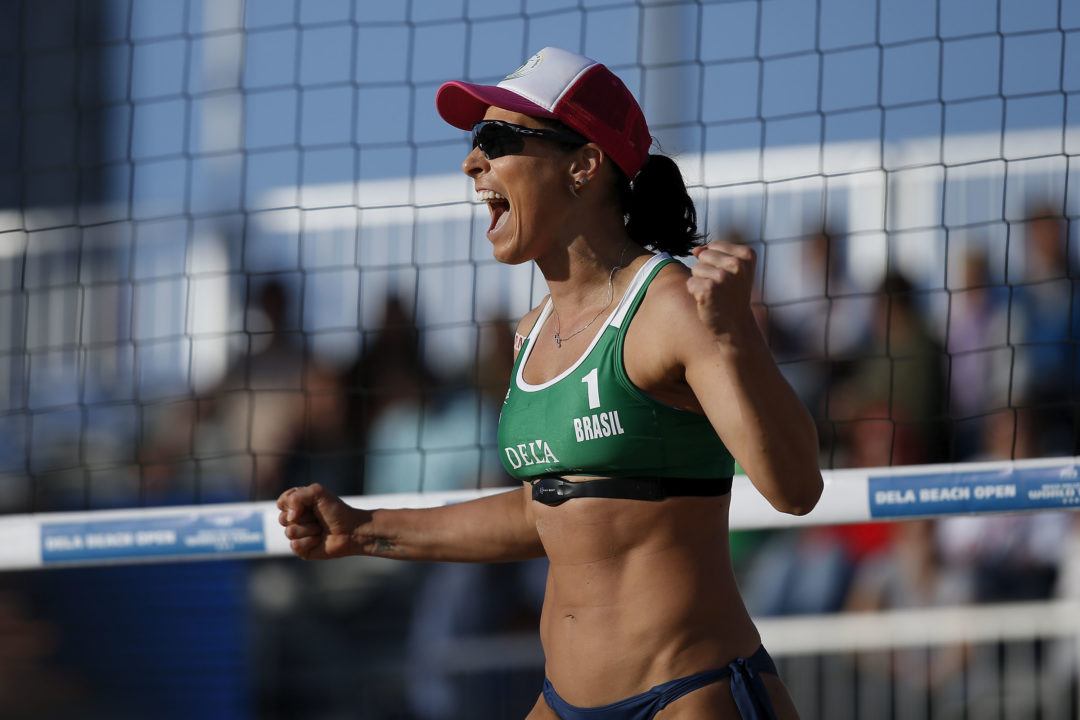 The second day of the main draw has ended in The Hague's three-star tournament. Top-ranked women's pairs redeemed themselves after dropping matches on day one, while the top men's duos are holding strong throughout the tournament. Current Photo via FIVB

The second day of the main draw has ended in The Hague’s three-star tournament. Top-ranked women’s pairs redeemed themselves after dropping matches on day one, while the top men’s duos are holding strong throughout the tournament. 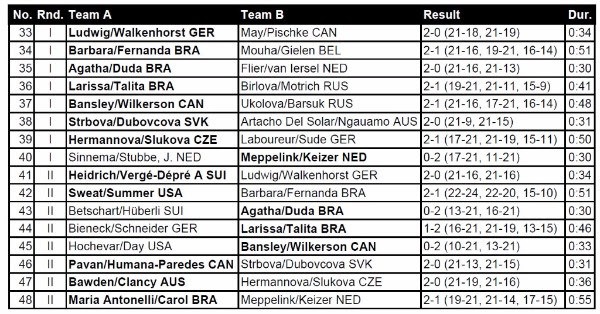 After the two top seeds in the tournament dropping matches on the first day of play, they were able to redeem themselves in the second day of play. 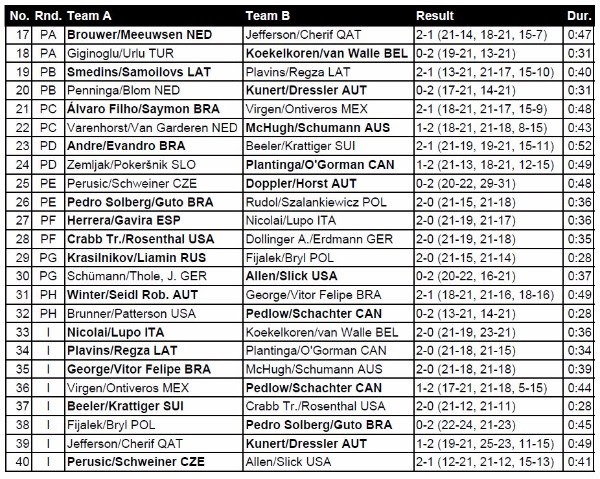 The men’s side of the tournament has eliminated half of the field, as 16 teams will move onto the quarterfinals on Saturday, followed by the semifinals that evening.

It was a rough go-around for U.S. pairs in the tournament, with none advancing onward in the tournament. Aleksandrs Samoilovs and Janis Smedins of Latvia have been flying through their competition but will have a tough test against Daniele Lupo/Paolo Nicolai of Italy in their quarterfinal match.