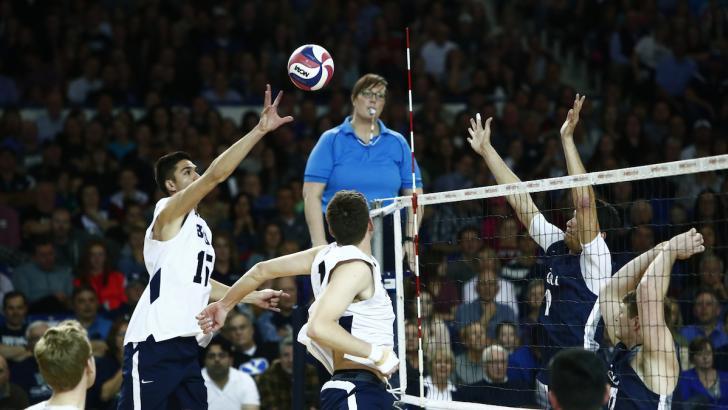 No. 3 BYU men’s volleyball hosts Princeton on Tuesday before facing off against No. 1 Long Beach State for a... Current Photo via BYU Athletics

No. 3 BYU men’s volleyball hosts Princeton on Tuesday before facing off against No. 1 Long Beach State for a pairFriday and Saturday night.

The Tigers (9-8, 6-3 Eastern Intercollegiate Volleyball Association) are the last nonconference opponent on the Cougars’ (19-2, 13-1 Mountain Pacific Sports Federation) schedule. The two-match series against the 49ers (21-2, 14-1 MPSF) will be the final regular-season home matches of the season. Additionally, Saturday’s match will also be senior night. The seniors will be honored prior to the start of the match.

All three matches this week will be televised live on BYUtv and simulcast on BYU Radio – Sirius XM 143. Links to video/audio streams and live stats can be found on the BYU men’s volleyball schedule page.