Tuesday Marks 100 Year Anniversary of Arrival of Volleyball in Italy 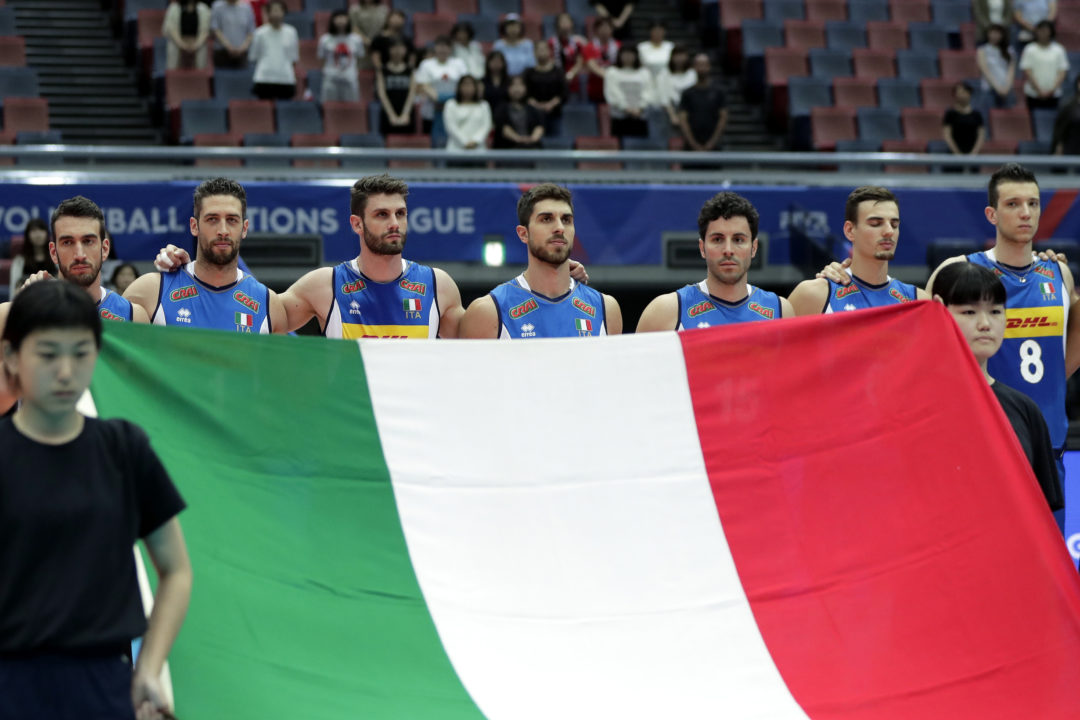 Now represented by 2 of the most powerful national teams in the world, volleyball was spread across the world in the 1910s as a byproduct of World War I. Current

July 24th, 2018 marks two years out from the start of the 2020 Olympic Games in Tokyo, Japan, but for the global growth of the sport of volleyball, it marks an even more significant date.

According to Italian journalist Gian Luca Pasini, July 24th, 2018 marks the official 100th birthday of volleyball in Italy – a country where now the sport is arguably as big and as healthy as anywhere in the world, perhaps only on par at the professional level with Brazil.

As the story goes, on this date in 1918, which incidentally was the same year where volleyball was standardized with 6 players per side as we know it most familiarly today, the U.S. Navy Air Force arrived in Ravenna, Italy, where the base of Porto Corsini became the United States’ naval air station headquarters in the region.

Among the equipment they brought with them were volleyball nets and balls, which they used to spread the game to their Italian counterparts.

The sport was invented at Holyoke College in Massachusetts by William Morgan as a sport, derivative of and only 4 years after the invention of basketball. World War I turned out to be a valiant incubator for the sport globally, as the U.S. armed forces brought the popular new sport around the world as a diversion from the theater of battle. In 1915, the sport first arrived in Africa, with Egypt being the first to catch on, and Europe, with popularity growing on the French beaches of Normandy. A year later, the NCAA picked it up as an official sport. Shortly after, it spread-like-crazy throughout Europe, beginning in Italy, and continuing on to Eastern Europe and then on to Russia in 1920 – where it becomes popular as a gym sport due to the cold climate.

The next decade thereafter came with standardization of rules and the development of the game that most would recognize it as today. In the Philippines they invented the “Filipino Bomb,” which we now know as a spike, and rules such as a double-hit, rotation of players, and the two-point margin of victory are established.

The governing body for the sport in the Ravenna region of Italy, where it first made land-fall on the shores of Italy, will celebrate the anniversary with a series of events. There, the ffirst event will take place on July 26th when a book about the history of volleyball in Italy written by Daniele Serapiglia will be presented.