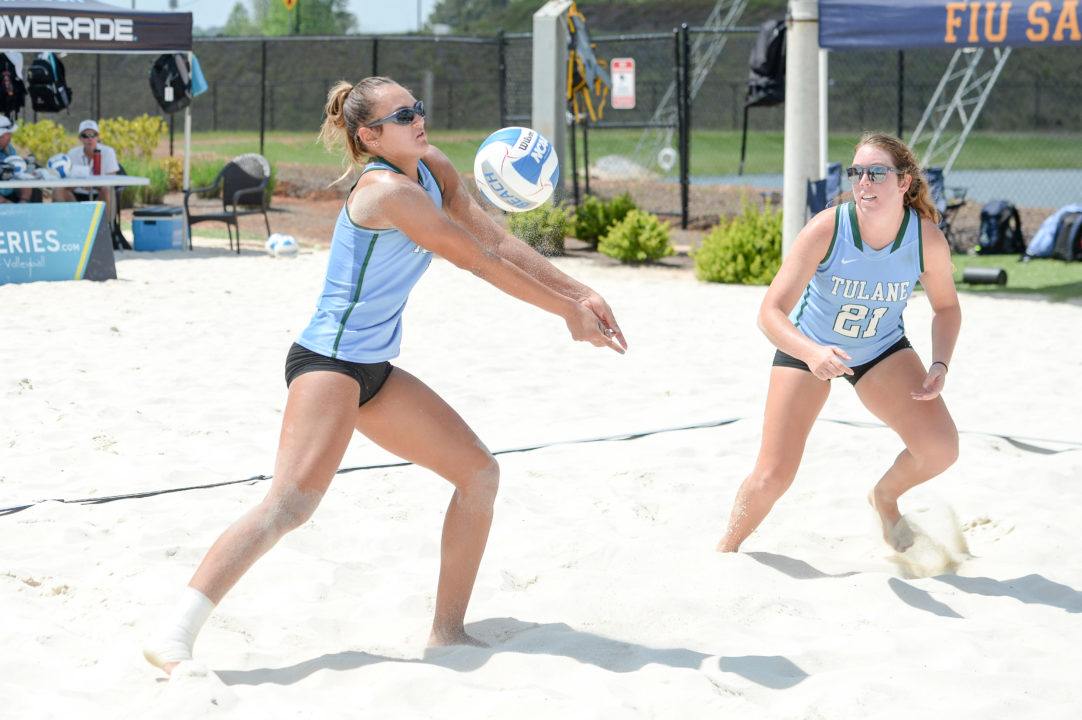 The No. 18 Tulane beach volleyball team looks to build on last weekend’s successful season opener, traveling to Stanford, California this weekend to compete in the Stanford Invitational. Tulane faces Boise State, San Jose State and host No. 14 Stanford Friday before squaring off against Cal and Arizona State Saturday at Stanford Beach Volleyball Stadium.

QUOTE
“We’re looking forward to an excellent weekend of volleyball in California. Our team practiced exceptionally well this week and we’ve prepared thoroughly to perform well. I’ve never seen our team be stronger heading into an event. As always, we need to eliminate distractions and embrace the opportunity to strive together and showcase our strength.” -Head Coach Wayne Holly

BACK IN ACTION
The Green Wave start their weekend of play Friday morning, taking on Boise State at 10:30 a.m. Later that day, the Wave play San Jose State at 1:30 p.m. before facing invitational host and nationally-ranked Stanford at 4:30 p.m.

Tulane starts back up early on Saturday, playing Cal at 10:30 am and going up against Arizona State at 1:30 p.m. to conclude the weekend. This is second time this season the Green Wave will play Arizona State, having swept the Sun Devils, 5-0, last weekend in Texas.

Senior Madeline Mertz and sophomore Kaylie McHugh, playing as the Green Wave’s top pair, could not have started their season any better, going 3-0 on the weekend with straight-set wins against the top pairs from TCU, Arizona State and Cal Poly. The duo topped TCU’s pair, 21-17, 21-17, before handling Arizona State’s top pair, 21-19, 21-15, in day one of the competition before taking down Cal Poly’s No. 1 pair, 21-13, 23-21, in day two.