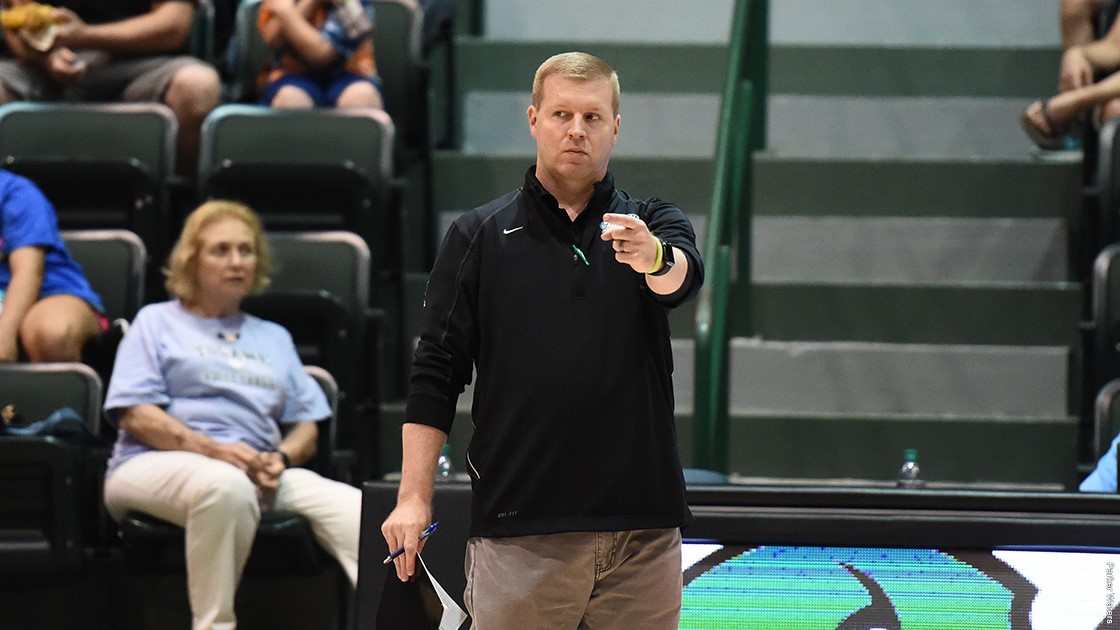 Brian Yale, who enters his third season with Tulane University volleyball, has been promoted to associate head coach as announced by head coach Jim Barnes. Current Photo via Tulane Athletics

NEW ORLEANS – Brian Yale, who enters his third season with Tulane University volleyball, has been promoted to associate head coach as announced by head coach Jim Barnes on Thursday.

“Brian has worked hard for our team and is very deserving of this title upgrade,” Barnes said. “He serves our players at a high level and is one of the best recruiters in the country.”

“First and foremost, I want to thank [Director of Athletics Chair] Troy Dannen and [Deputy Athletics Director] Mónica Lebrón for their leadership and support for our program,” Yale said. “I am grateful for their approval of this new position. I also want to thank Jim for his friendship, trust and shared vision for this team. I appreciate and take pride in the fact that he views me as an associate head coach. My family and I are very thankful to be at Tulane and look forward to continuing to serve our great student-athletes.”

Yale, Barnes and the Green Wave volleyball team begin their season on August 24-25 with the I-10 Challenge against UTEP, Incarnate Word and Louisiana-Lafayette.