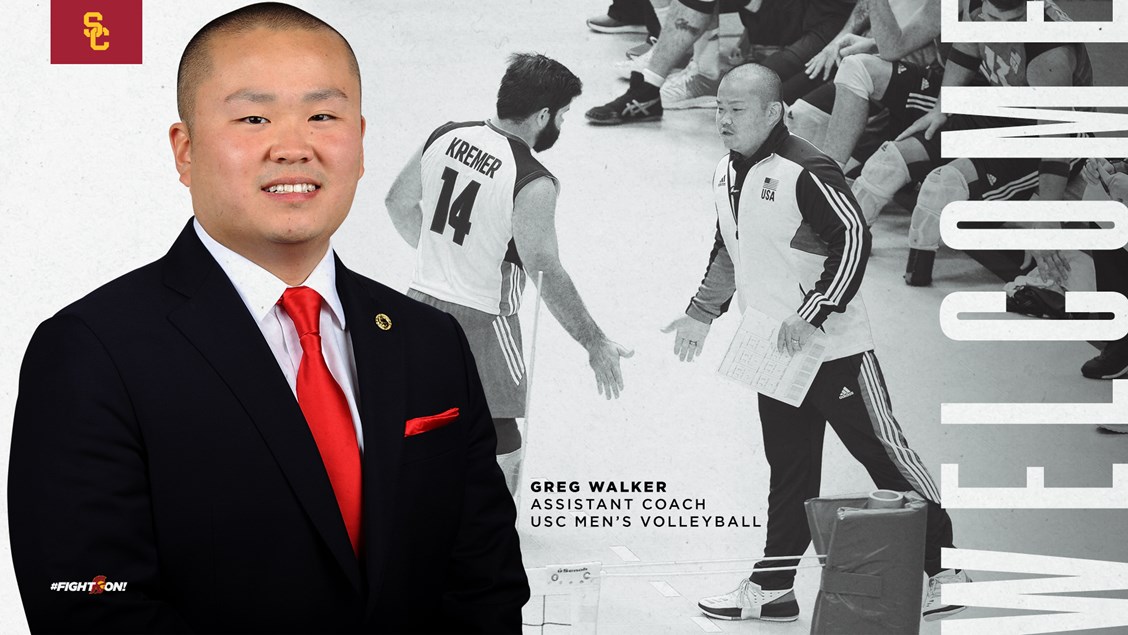 Greg Walker, who has been on staffs at nine different schools, including men’s head coach the past three seasons at Sacred Heart, and also has coached with the USA Volleyball program, has been named an assistant coach with the USC men’s volleyball team. Current Photo via USC Athletics

LOS ANGELES — Sacred Heart head men’s volleyball coach Greg Walker is jumping coasts. After three seasons at the helm of the Pioneer program, including a 15-11 effort in 2017, the AVCA 30 Under 30 recipient is packing his bags for Los Angeles to become an assistant coach with the USC men’s team.

“We are thrilled to have Greg Walker join our men’s volleyball staff and the Trojan Family,” USA head coach Jeff Nygaard said.  “Greg brings international experience, USA volleyball strategies, boundless positive energy and an innovative mindset to the coaching staff.  I am looking forward to getting into the gym as a team and benefiting from his skill sets.”

In addition to his duties at SHU, Walker has been the head coach of the USA Men’s Paralympic Sitting National Team since January 2016, and has been a part of the program in various capacities since 2013. In 2017, he led the team to a silver medal at the ParaPan American Championships, qualifying for the 2018 World Championships. The men’s sitting team finished eighth at the event (July 15-22).

Walker acted as a consultant with the U.S. Men’s National Team, which won the 2017 NORCECA Championships to qualify for the 2018 World Championships. Most recently, he was an assistant with the USA men in their bronze medal run at the Volleyball Nations League.

Walker’s resume includes stops at nine different NCAA institutions on both the men’s and women’s sides.

The 2012 United States Sports Academy alum played club volleyball at Penn State – Altoona, was a student assistant coach at the school and went on to be the women’s club team coach in 2009.

His first full-time gig came as the head coach of the Pfeiffer University men’s and women’s teams in 2012-13, where he led the men to the Conference Carolinas title in 2013.

In the fall of 2013, Walker was an assistant coach with the women’s team at Mississippi State, helping two players to AVCA All-America honors.

From May 2014 to October 2015, Walker helped the Alderson Broaddus men’s program transition from a club team to a Division I/II squad. In his first season, the Battlers posted a 21-6 record, including a 7-4 record against NCAA competition.

Since October 2015, Walker has guided the Sacred Heart men’s team. In his first year with the Pioneers, three players garnered All-EIVA honors and the team posted five wins, its most as a member of the league. In his tenure at SHU, Walker helped his charges to four All-EIVA first team honors. In the classroom, eight players were honors as EIVA All-Academic Team members and the 2016 squad garnered an AVCA Team Academic Award.

Walker also acted as an assistant coach for the Sacred Heart women’s team, which boasted the Northeast Conference Player of the Year in 2015 and 2016. With Walker’s leadership, the Pioneer women posted a school record 22 wins in 2016 and secured the NEC regular season championship.

Walker earned a master’s degree in coaching education and athlete development from Xavier in 2018. The Huntington, Pennsylvania native