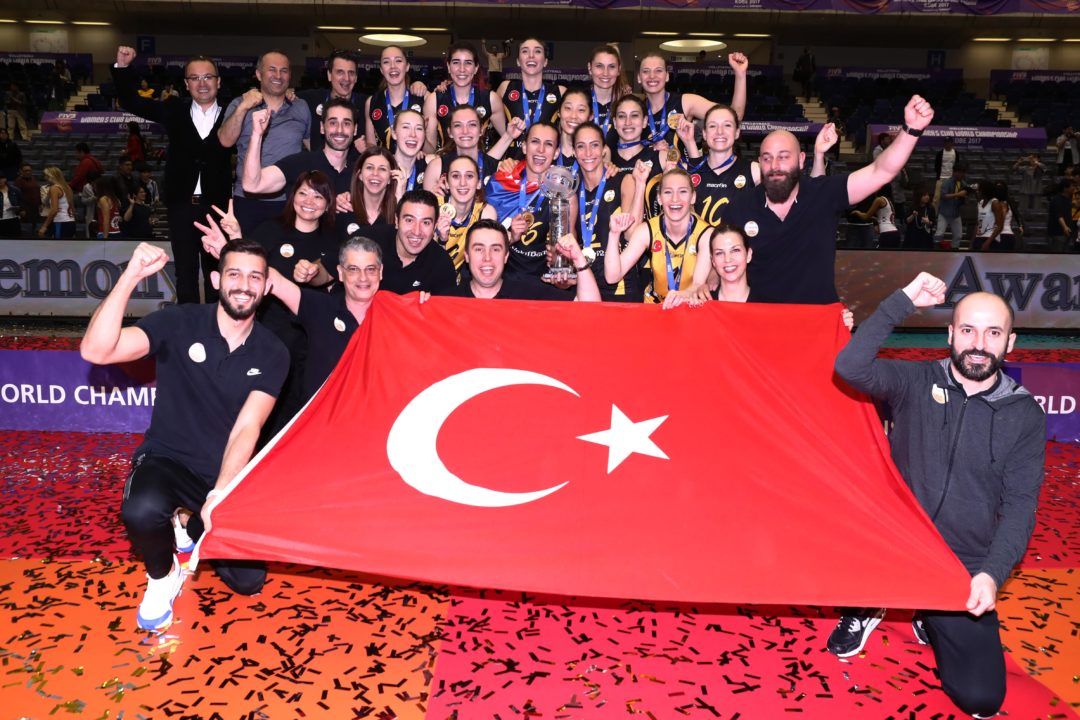 The schedule for the 2017-18 Turkish women’s professional volleyball league was released earlier Tuesday in a press conference attended by... Current Photo via Vakifbank Istanbul

The schedule for the 2017-18 Turkish women’s professional volleyball league was released earlier Tuesday in a press conference attended by league leaders and representatives from the twelve clubs that make up the league. Turkey Volleyball Federation president, Mehmet Akif Üstündağ, said “Our match schedule is very squeezed because of the European Cups program,” acknowledging the packed schedule for the season.

The first circuit of matches will begin on September 24th and conclude a little over two months later on November 26th. After taking a break for the European Cup, the second circuit of matches starts up on January 6th, 2018, and finishes up on the 24th of February.

League playoff matches will be played in March thru April, and the 2018 Dam Stage will be held in March.

2016-17 league champion Fenerbache will open the season against Bursa BSB, who finished the previous season with a 12-10 record.

Before that, both teams will compete against another Olympian-studded team, Eczacibas, who took third in the league for the regular season. The Instanbul-based squad will be led by American outside Jordan Larson and middle Rachel Adams, as well as the young Serbian star Tijana Boskovic.

With talented additions to rosters from the top and bottom, the Turkish league can expect some thrillers for the 2017-18 season.