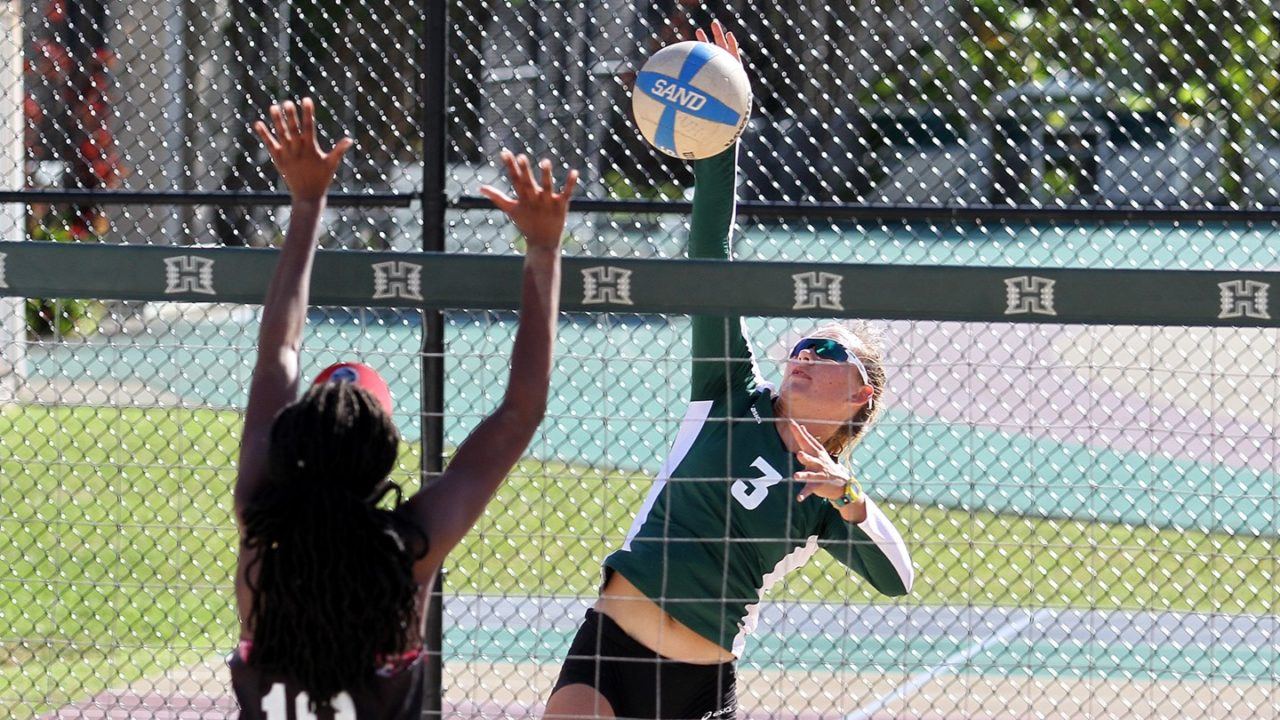 Hawaii freshman Amy Ozee (above) and junior Hannah Zalopany got their first-ever win together in a 5-line victory over Nebraska. Archive Photo via Hawaii Athletics

In a rare treat on Monday, two of the AVCA top 15 teams were in action on the beach, with both teams starting off their weeks with wins.

#5 Hawaii beat Nebraska 4-1 in Honolulu, as the Huskers are still hanging around after playing in the Outrigger Invitational last week. Nebraska is on their spring break this week, and after picking up extra games on Sunday and Monday in Hawaii, they’ll return to the mainland at the end of the week for a trio of games in Arizona against Arizona State, Grand Canyon, and Benedictine University at Mesa. That’s as far as the Huskers’ schedule goes this season.

Hawaii’s #1s Mikayla Tucker and Morgan Martin beat Nebraska’s Justine Wong-Orantes and Andie Malloy at the top of the table. Hawaii’s top line is just 9-5 this season – the weakest spot in a deep SandBows lineup. The one loss for Hawaii came at the 2 line, where Nikki Taylor and Ka’iwi Schucht dropped a 3-set decision to Olivia Boender and Annika Albrecht. when the teams played 4 days earlier, Taylor/Schucht won a 2-setter.

Meanwhile, in Stockton, #12 Grand Canyon swept Pacific away 5-0 for their third-straight victory. GCU doesn’t play another ranked team until April 1, but then they’ll face a make-or-break stretch that should decide their fate for an NCAA tournament invite. Their next 3 duals will be against #7 Arizona, #2 Pepperdine, and #6 Long Beach State before they head to the Aloha Invitational where they’ll face at least #1 USC.