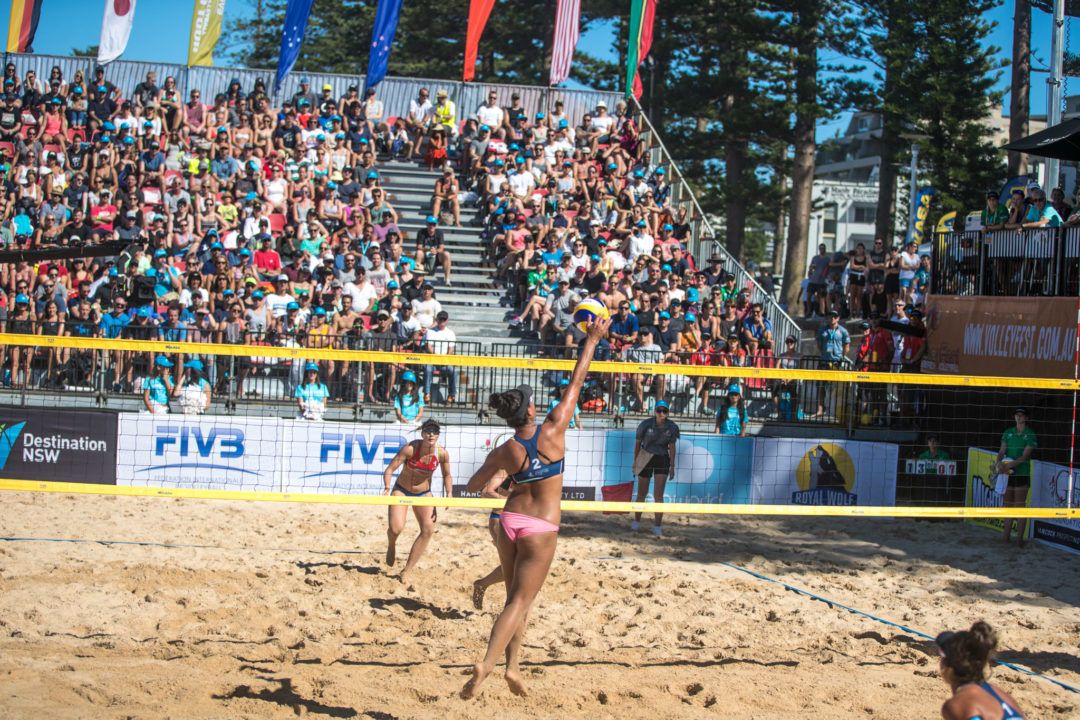 The Canadian duo of Julie Gordon and Camille Saxton brought home their second straight FIVB Tour gold with a win over Mariafe Artacho del Solar and Jessyka Ngauamo of Australia at the Sydney Two-Star at Manly Beach on Friday. It took a come-from-behind effort in Set 2 of the 21-14, 21-16 win to secure the title. Gordon/Saxton trailed 6-1 early in the second stanza, but rebounded for the victory.

Aussie Nicole Laird earned her second straight bronze, pairing up with three-time Olympian Louise Bawden for the medal in Sydney, following a third-place finish with youngster Phoebe Bell at the FIVB One-Star event in Shepparton, March 3-5. Bell and 2012 Olympian Becchara Palmer advanced to the Sydney quarterfinals before falling to Artacho del Solar/Ngauamo.

Americans Kimberly Dicello and Emily Stockman made it to the quarterfinals in Sydney before being ousted by Gordon/Saxton.

Next up for the FIVB women is the Langkawi One-Star event, April 15-16 on Pantai Cenang in Langkawi, Malaysia, which will feature both men’s and women’s teams vying for the $20,000 prize. It is the third of 18 double gender events, following the Five Star Swatch Major in Fort Lauderdale in February and the Shepparton event in March.

The event, originally scheduled to be played in Selango, was moved to Langkawi in February. It is the second of seven one-star FIVB tournaments this year, following the Shepparton event.