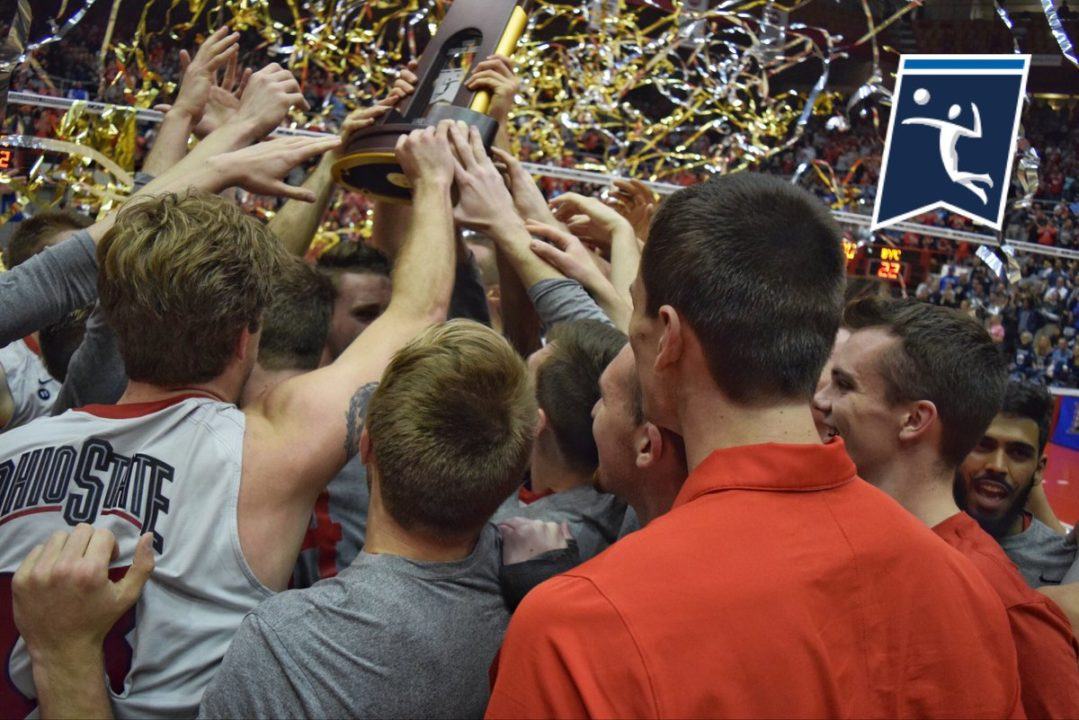 As Ohio State looks to three-peat and win another consecutive NCAA Men’s National Championship, their schedule has been released for the 2018 season.

After that, they head to Los Angeles for a two-match swing with USC and UCLA (ranked sixth at the end of last season). The matches will take place in a venue that the Buckeyes will look to finish the season at Pauley Pavillion, the site of the 2018 NCAA Championship.

After the team rounds out it’s nine match non-conference slate, that also features Penn State, Ohio State kicks off Midwestern Intercollegiate Volleyball Association (MIVA) play by hosting Ball State. In fact, the Buckeyes will host their first four conference matches that will be cut off by an eight-match road trip.

Senior day comes on March 31 against Lewis, as the season concludes with Fort Wayne on the road in Indiana.

Over the totality of the 25 regular season matches, Ohio State will host 11 and be on neutral court or the visiting team in 14.

The full 2018 Ohio State men’s schedule can be seen below: