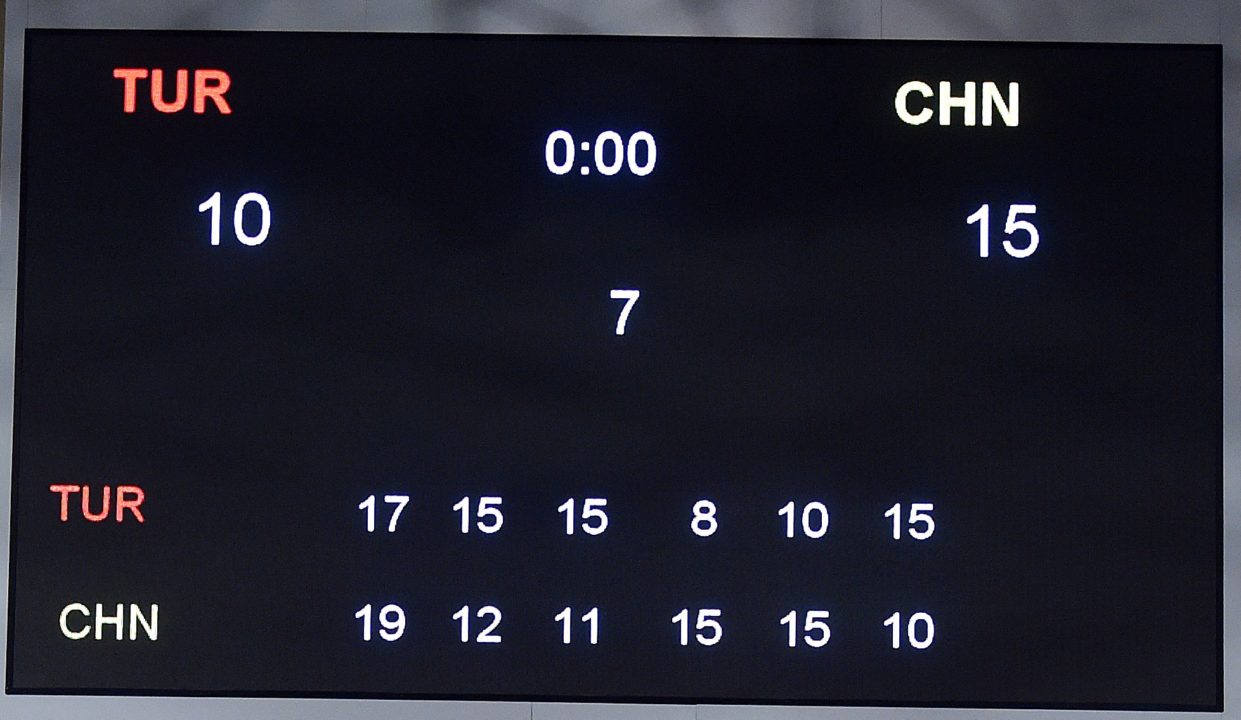 With the FIVB Under-23 World Championships just finished in Cairo, Egypt last weekend, it was a surprise with Argentina winning... Current Photo via FIVB

With the FIVB Under-23 World Championships just finished in Cairo, Egypt last weekend, it was a surprise with Argentina winning the tournament. However, the main question many people have after the tournament is “How did the rule changes affect the tournament?”

The biggest change in the rules was a shift in the number of sets to be won, 4 sets in a best of 7 match and each set only required a team to reach 15 points with a 2 point lead to win.

Breaks during the sets were reduced from 3 minutes to 2 minutes.

The combination of these three were to try and have a match completed in less than two hours, without extra points.

Match points for winning, were also changed to the following:

So, how did these work out? 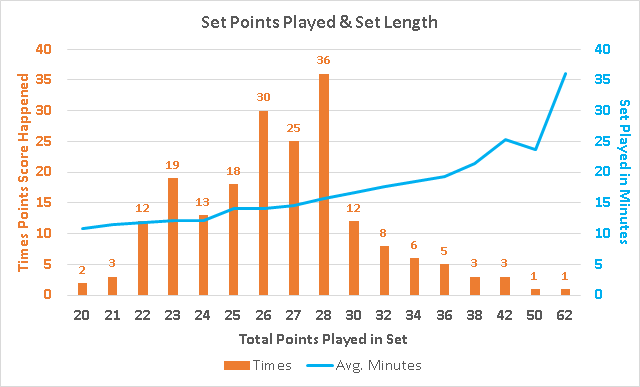 Chart by Jeremy Brahm for Volleymob

Overall, each point on average took 32.41 seconds, which would include the stoppage after points and coaches time outs as well. To compare the length of a point, the 2015 World League Group 1 had an average of 37.27 seconds per point, which included two technical time outs and two coaches time outs of 1 minute each.

So with an average of 15 minutes a set, plus 2 minutes in between sets, a match should take around 117 minutes or 1 hour, 57 minutes. However, what were the lengths of matches with set breaks included? 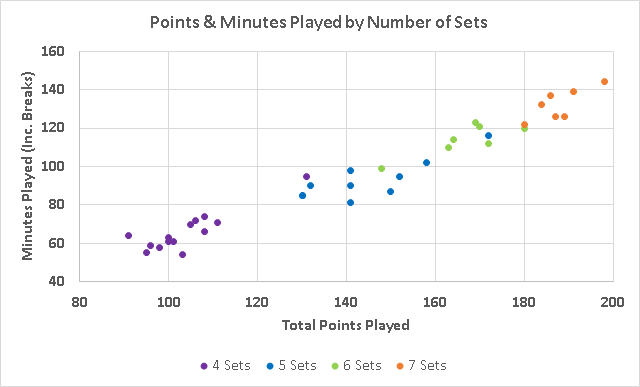 Chart by Jeremy Brahm for Volleymob

5 matches had 20 or more extra points which added 10-22 minutes more to the match length. Nine of the 38 matches went longer than 2 hours. So, matches did improve, but were they competitive? With 24 matches ending in 5 sets or less, I would say no, but that could also have been the competition as well.

With the in play rules, it is hard to judge whether they were successful because the FIVB did not provide service error statistics, unlike many of the FIVB tournaments. Also, without watching all of the matches to determine the back row spiking rule, I would also say it is impossible to judge.

Now we will have to see what happens in the Women’s U-23 tournament to judge the overall success of the new scoring rule.

I don’t believe they used the back-row spiking rule.