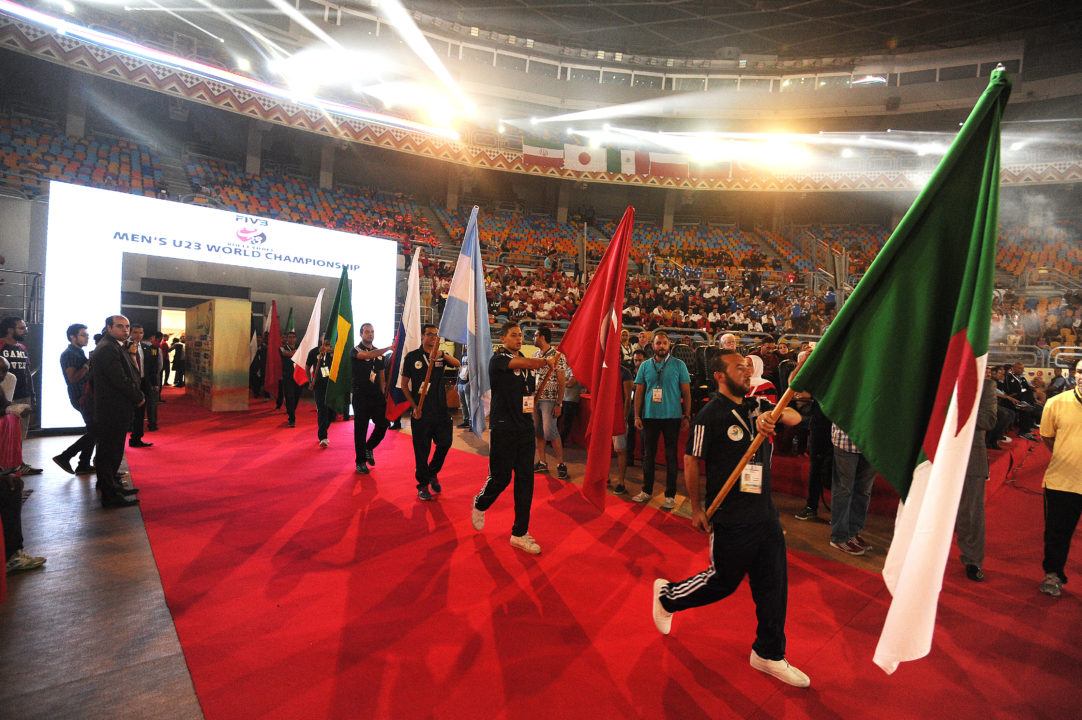 The 2017 FIVB Volleyball Men’s U23 World Championship is being held in Cairo, Egypt from August 18 to 25, 2017.  Twelve teams will be divided into two pools of six teams each and will play a round-robin tournament to determine the ranking from first to sixth. The top two teams in both pools will progress to the semifinals and finals. The third and fourth placed teams from the pool stage will enter a similar playoff format playing for classification from fifth to eighth.

The tournament will be testing ground for a new scoring scheme. Matches will be played to best-of-seven sets with each set to 15 points (with at least a two-point difference needed. It is hoped that the new scoring system will reduce match duration, while making each set more attractive and exciting – much as tie-breaks are under the current regulations. In addition to the new scoring system, a new serving regulation will be conducted – the server will not be allowed to land inside the court after a jump serve.

Russia, Turkey, and Italy were in the podium in the last event, held in UAE in 2015.  They remain the biggest favorites in this edition.

Tables after days 1 and 2

Recap of the First Day of Competition

Brazil’s historic first win with the new scoring rules of best-of-seven sets was in a very one sided game that laste only 69 minutes. Coaches of both teams had disagreeing statements about the rule changes.

Brazil Coach Geovane Gavio: “The first match in the world championship is a little bit nervous , I think we played very well especially in the attack and took the Mexico down .’
Tomorrow we play against Poland, this will be a strong match . We played each other last week, they win match, and we win another.
I like the new system of scoring because it make the match very fast and more exciting.”

Mexico Coach Jose Luis Martell: “Brazil is a very strong team , we develop day by day and we had get a lot of experience from this match which help us in the next matches.
I didn’t prefer the new scoring system and my team try to deal with it but we couldn’t .” 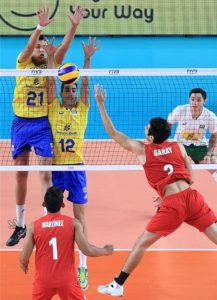 Turkey missed the chance for an early lead, when they blew a set point at 14-13 in the first. They managed to come back from 3-2 down to force a seventh, but China dominated the tie break. Zhou Liying led the scoring for China with 21 points, as Turkey conceded an absurd 36 points on unforced errors.

Here’s the post match reaction from the two sides:

China coach, Ju Genyin: “This was our first match outside of China and just one month of training us is a short period. We will continue to fight to win every game one by one and see what the outcome is.”

China captain, Xu Zhensen: “We believe in ourselves and we believe that we can win every game we play. First of all we want to qualify from this group and then we can see what we can do.”

Turkey coach, Resat Arig: “We lost the first set and then couldn’t properly control the game. We lost the match ourselves but we will fight hard and try to be better in our next match so as to advance to the next round.” 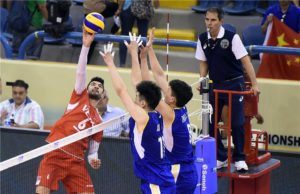 Poland regained their rhythm in the third set to finish narrowly 16-14 ahead and continued the same passion in the fourth set before the grueling fifth set that showed the strongest battle 17-15 as Poland concluded the match 4-1.

Poland Coach Daszkiewicz Daiusz: “We are happy because we win our opening match which was very tough. so it’s very important to start the competition like this. There will be no change for the match of tomorrow against Brazil, we learn each other because we played three matches last week. I don’t like the new scoring system !!!”.

Poland Captain Marcin Komonda: “It was the first game in the tournament, games like this are always difficult. I am happy because we win and that is the most important.”

Cuba coach Nicolus Ernesto: “It was good match. This was the first match for the players with the new system of scoring. I’m satisfied with the performance of the players today and I hope we play better the coming matches. The new scoring system is not comfortable.”

Cuba Captain Goide Arrodondo: “We played well and Poland is a strong team. We made some mistakes at the first set and we try to comeback and Poland had the lucky to win.” 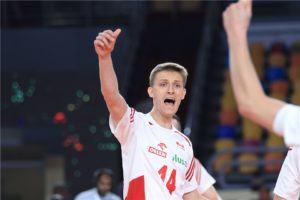 Russia head coach, Andrey Voronkov: “We will do our best to play good volleyball and keep on winning. For this team this is a new championship and, who knows, maybe tomorrow there will be another champion.”

Russia captain, Pavel Pankov: “We played a good game and concentrated on our serving and we are confident that we can win this championship.”

Algeria coach, Salim Bouhalla: “We played against a very big an difficult team and we lost because of their strong serving. We will do our best to play good volleyball against Argentina tomorrow.”

Algeria captain, Abderaouf Hamimes: “We came to Egypt to gain experience and we are not ashamed to lose this match against such a big team as Russia. We’ll do our best to get some good results in the next matches.” 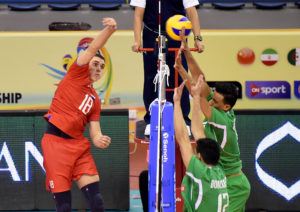 After Egypt went to a wide 2-0 and 3-1 lead, the Japanese team came back aggressively to draw 3-3 and extend the match to the seventh set. After early Japanese lead again in the tiebreak, Egypt rebounded aggressively to win several points using the Japanese errors to win the set 15-10 and the marathon at 4-3.

Egypt coach Marcos Miranda: “We play against Japan and we knew that they have their own school in volleyball and they are not an easy team . We are lucky because we didn’t play in our opening match one of the previous champions. The Japanese team made a surprise for us with their efficient defense and little mistakes.”

Egypt Captain Ahmed Deyaa: “Today is an exceptional day for us .the match was very tough and the Japanese team had a special way and thanks god to win the match.”

Japan coach Tokunaga Fumitoshi: “The match was very strong, the Egyptian team played well. The spectators had a big role to support their team during the match.”

Japan captain Oya Masaki: “It’s a tough game against Egypt but in the next matches we should work hard.” 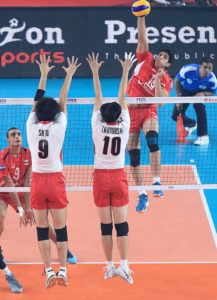 Argentina outlasted Iran 4-2 (16-14, 11-15, 15-11, 18-16, 13-15, 15-10) here Friday to wrap up the opening day of play. Argentina cancelled two Iran set points in the first while making a run of four straight points from 12-14 down to 16-14. It then took them six set points to finish the fourth 18-16. German Johansen contributed with an impressive 27 points effort, while Ignaio Luengas added another 13 for Argentina. Iran was slightly better in blocking and serving, but lacked attack efficiency. Rasoul Aghchehli with 22 points was the best scorer of the Asian side.

The FIVB did not release post match reactions for this game. 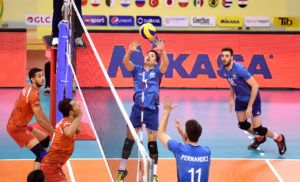