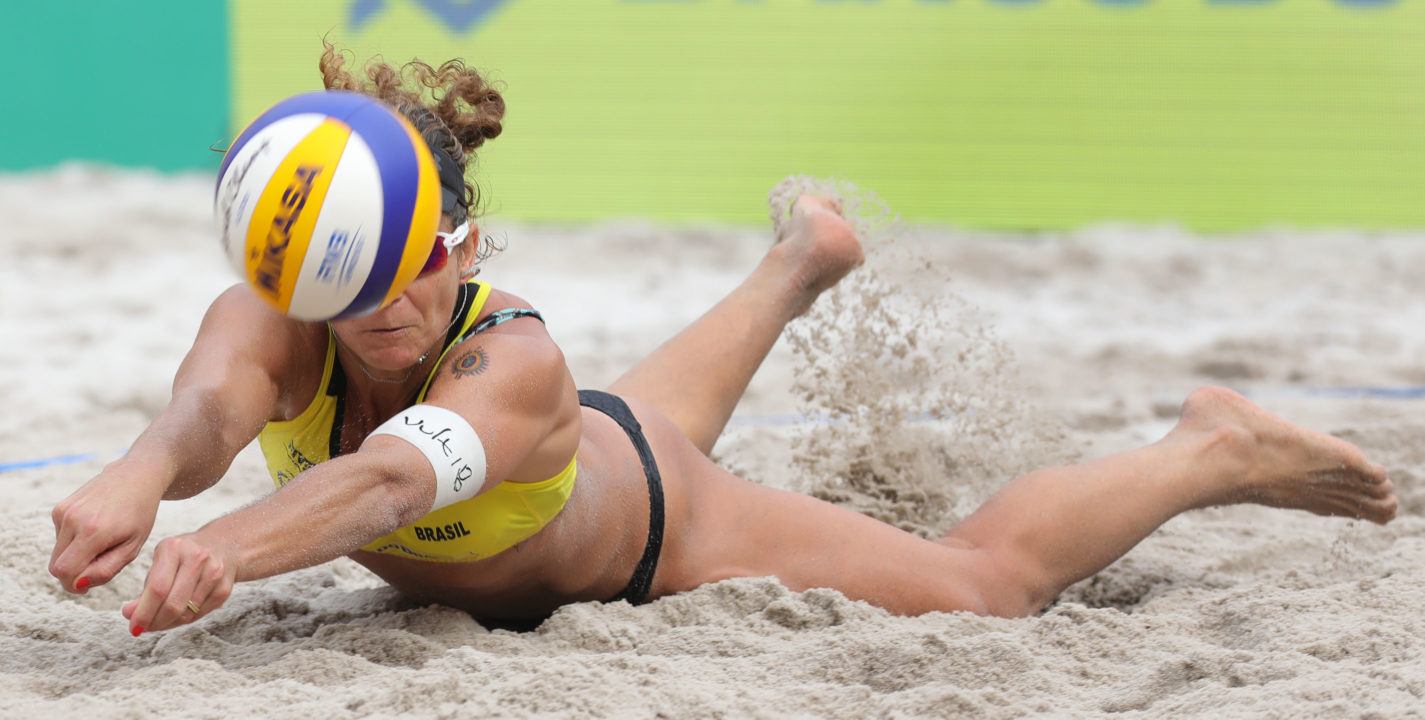 In a finals rematch that we have all seen before, the United States and Brazil will meet up in the finals of the FIVB World Beach Tour event in Moscow. Current Photo via FIVB

In a finals rematch that we have all seen before, the United States and Brazil will meet up in the finals of the FIVB World Beach Tour event in Moscow. This will be the 95th time in the 320 FIVB World Tour event history that the two countries meet in the finals.

The quarterfinals and semifinals concluded their play, with Brazil’s Talita Antunes and Larissa Franca meeting up with the United States’s Summer Ross and Brooke Sweat. The Brazilian pair was an expected entrant to the finals, as they are no strangers to this and competed in the 2016 Rio Olympics together, while American’s Ross/Sweat were the unlikely pair to advance this far.

Neither of the two duos that made it to the finals had an easy task in the semifinals, as they each took three sets to advance. Each went up in the first, but fell in the second set, but shined in the third to redeem themselves and find themselves in the finals.