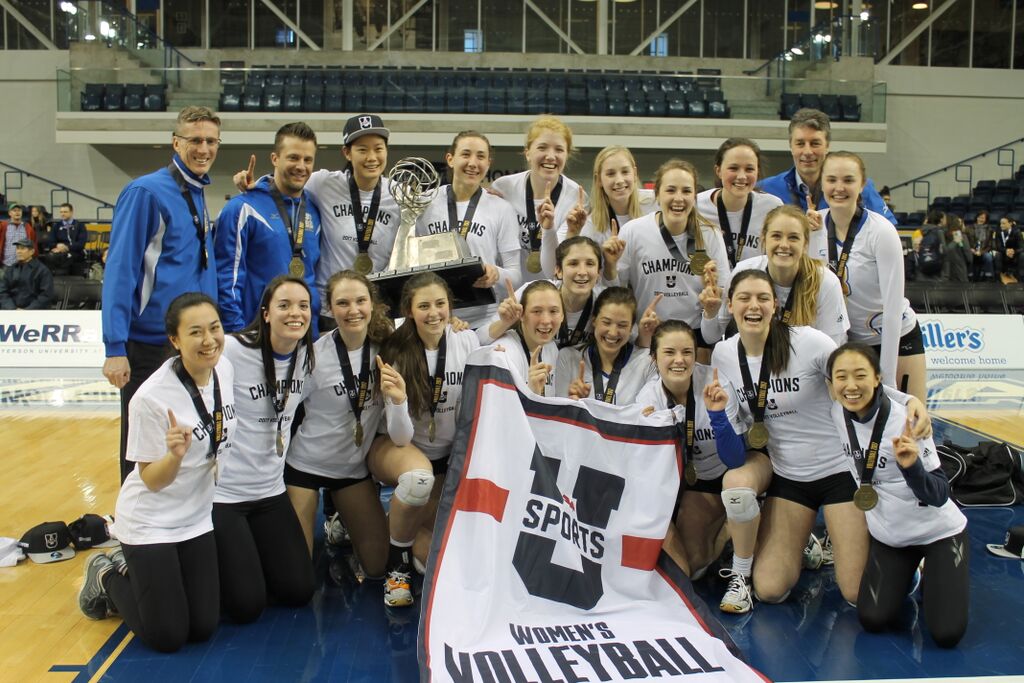 This weekend begins the U Sports women’s volleyball season, the Canadian collegiate league. The Canadian season runs a little bit... Current Photo via U Sports

This weekend begins the U Sports women’s volleyball season, the Canadian collegiate league. The Canadian season runs a little bit differently than the NCAA runs their volleyball season, extending play until March. The teams will start in September of October, depending, playing in a number of exhibition matches until the conference season begins in mid to late October.

To end the top-10 polls for the league, prior to the start of the finals, Toronto was ranked #1 with an undefeated record of 19-0, while Alberta came in second followed by UBC. Two of these three teams will begin their season this weekend with exhibition matches.

The league’s matches begin on Thursday, September 14 a number of exhibition matches:

Last season, UBC finished the year with the U Sports title over Alberta in the finals 3-1. The team lost their star player from the season in Danielle Brisebois, who posted 20 kills on a .356 hitting clip and eight digs in the title match.