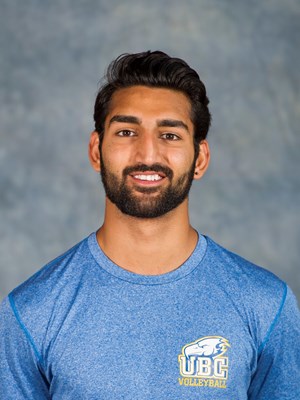 Blain Bann left a very touching impression in Bundesliga’s SWD Duren during his tenure with the team. So much, that after his departure, the team decided to sign his protege Jordan Or, also a libero, and now another fellow Canadian, outside hitter Irvan Brar. The British Columbia University alumni is coming off his senior college season in which he led his team to its first national title in 35 years. In addition, he has been part of the extended squad of the Canadian national team for three years.

The player said Bann painted a very nice picture of the team, which made him want to follow it closely on the internet during a few months, and aided in his decision:

“I’ve been friends with Blair for a long time and follow his career very closely. He is one of my role models and speaks in the highest terms about Düren. The level of play in the Bundesliga is high, the people in Düren are very friendly. The mood has always been great and I had the impression that there is a team on the court who has fun and works hard. I’m happy to be a part of it. I want to gain as much experience as possible and learn as much as possible from an experienced coach and seasoned players.”

Although only 6 feet in height, the 23-year old has had his spike height measured at 11’5″, which is more than enough for his new coach:

“He is a highly interesting player. Although quite small in height, he compensates it with his above average athleticism.” – Coach Stefan Falter