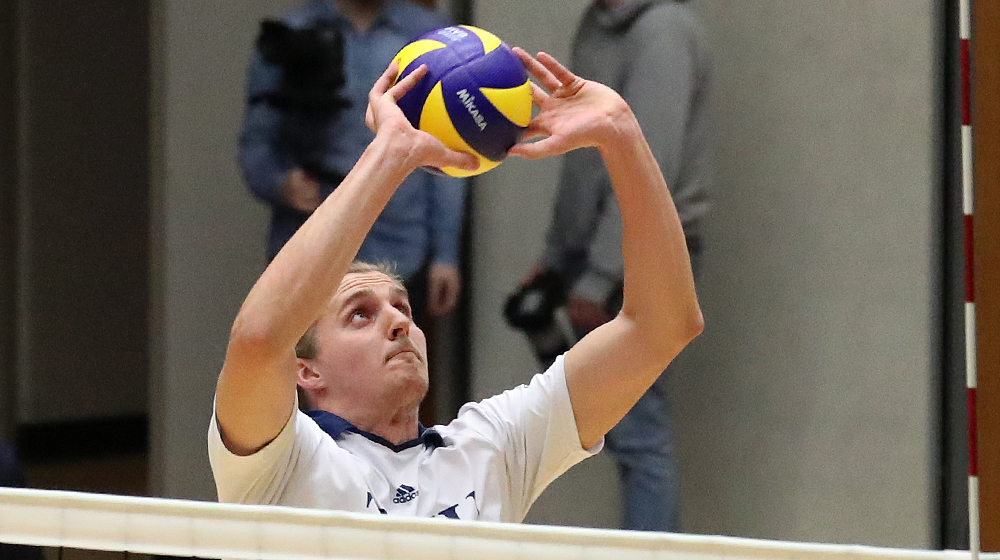 SVG Luneburg is a small piece of Trinity Western University in Germany’s Bundesliga. Already home to TWU Alumni Nick del Bianco, Ryan Sclater, and Tyler Koslowsky, the team now added recently graduated Canadian USports Player of the Year Adam Schriemer to the mix. Coincidentally, all four players were teammates at some point of their college careers.

SVG’s coach Stefan Hübner says that the chemistry between the four players was a plus when signing Adam:

“I’ve been watching him for a while. At first he did not seem to be aiming for a pro career. But in the last two years he has got a real boost and now he wants to take this step. That he knows Ryan and Tyler, that they played together for a long time and then understood themselves almost blind, is certainly beneficial. He can play the balls far above the edge of the net, thus expanding our tactical possibilities. From the game philosophy and game plan, he fits in well with us and I hope that he brings us another step forward. Anyway, I’m looking forward to meeting him and I’m also looking forward to working with him.”

Here are Adam’s first words as a professional:

“I chose SVG because I only heard good things from Stefan as coach and from the club as a whole. And the fact that my former team-mates and friends Ryan and Tyler are here also made the decision easier for me. I know that SVG holds its own at a high level year after year and is very respected in the German league, and I hope to be able to contribute to that.”

Adam, who led TWU to a 22-2 record last season, averaged 10.57 assists and 1.38 digs per set in his final year with the team, as they lost in the finals to the University of British Columbia. He will now lead a SVG club that 11-9 in its last season, good enough for 7th place and a spot in the playoffs, where they were eliminated by eventual champions BR Volleys.

Thanks Cruz for making us laugh so hard