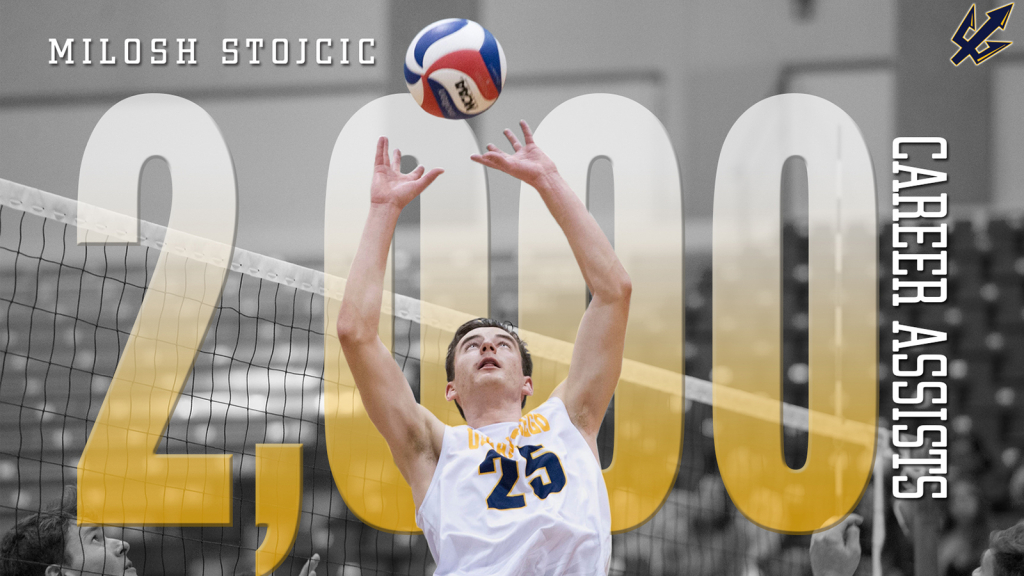 UCSD’s Milosh Stojcic has become the 6th player in program history to surpass 6,000 career assists. In the team’s 3-1 loss to Grand Canyon on Friday night, Stojic finished the game with 37 assists. The 6th of those to fellow senior Tanner Syffestad marked the 2000th of his career. He also had 10 digs for his 4th-career double-double.

Stojcic now has 2,031 career assissts, which ranks him 6th in program history (well behind leader Phil Bannan, who recorded 4,399 from 2008-2011). With at least 20 games remaining in UCSD’s season, if he continues to average just under 36 assists-per-set for the rest of the regular season, he would land 4th in program history in the category.

Stojcic is a chemical engineering major from Redondo Beach, California. Last year, he was the team’s only player to start all 27 games of the season. He’s also a 2-time MPSF All-Academic selection.

After the loss, UCSD sits 5-2 this season and 16th in the latest VolleyMob Power Rankings. They play against Ottawa University (Arizona) on Saturday before a 3-game home-stand rolling into February. They’re still almost a month away from their first-ever Big West game, against UCSB on February 23rd.