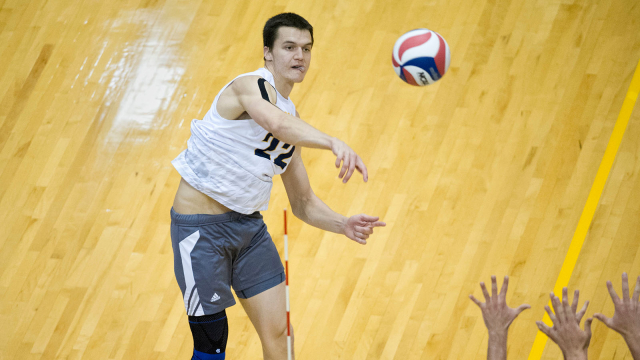 The AVCA has announced their first Division I-II Player of the Week in UC San Diego's Tanner Syftestad after leading the Triton to two victories in week one. Current Photo via UC San Diego Athletics

The AVCA has announced their first Division I-II Player of the Week in UC San Diego’s Tanner Syftestad after leading the Triton to two victories in week one. The Triton’s took down McKendree in a five-set battle while defeating King in four.

On the week, Syftestad posted a .361 hitting percentage along with 5.44 kills per set. On the defensive end, he picked up 1.33 digs per set and blocked 1.00 ball per set. Against McKendree, Syftestad put down 27 kills on a .365 hitting clip while adding another 22 kills against King on a .356 hitting performance. He also picked up a total of 12 digs along with nine blocks on the week.

The Triton’s 2-0 start this season is their best start since the 1996 season. Syftestad is the fourth player in UC San Diego history to earn the award with the last coming on April 3, 2012, when Vaun Lennon took home the award.