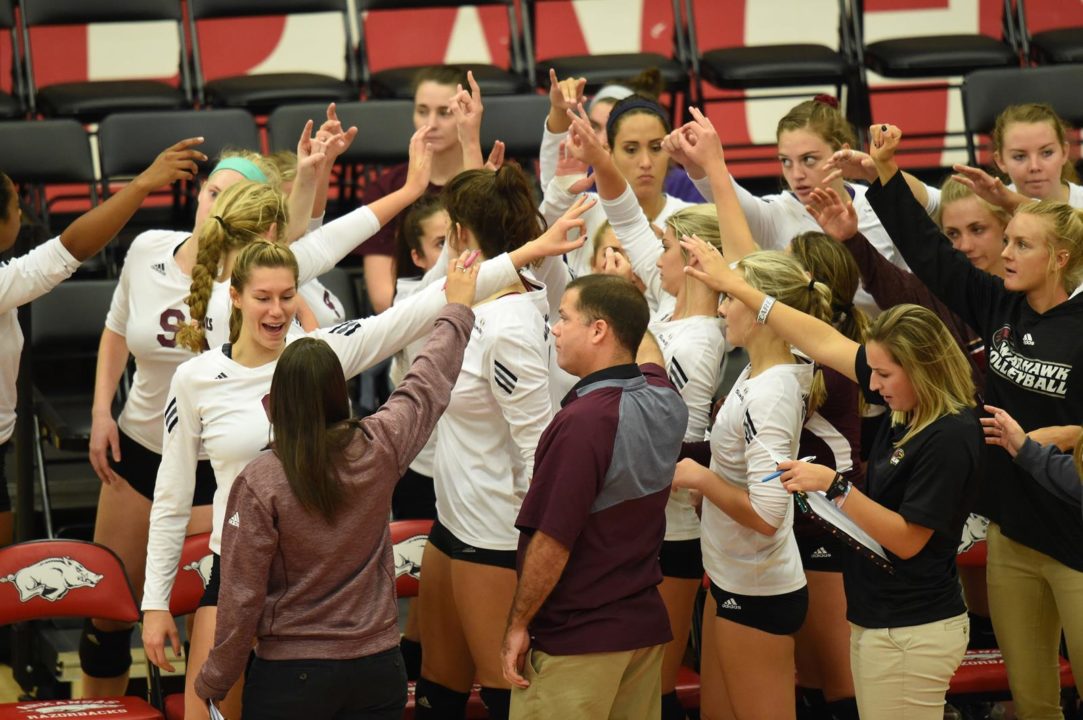 UL Monroe has landed a player from the junior college ranks in former Feather River College defensive specialist/libero Katie McKay. A junior-to-be come the fall with the War Hawks, McKay will have two years left of play and be immediately eligible. She will also play with the beach team in the spring.

McKay spent her last two seasons at Feather River College in Quincy, California where she appeared in 58 matches and 192 sets in her time and was named to the All Golden Valley Conference First-Team both seasons. In 2016 as a freshman, she led the team in digs (391, 4.30 per set) and added 25 aces. Then, in 2017 as a sophomore she logged another team-best in digs with 491 (4.86 per set) to pair with 34 aces. She also played with the beach team at the school.

Prior to her two-year stint in college, McKay attended Terra Nova High School in Pacifica, California. That included first-team all-league honors in her final two seasons as a junior and senior along with team MVP and captain in her final year.

“Katie will make an immediate impact on our program. She will greatly impact the quality of our first contact and defensive game,” UL Monroe head coach Russ Friedland said in the team’s release of the addition. “I love that she’s coming in with two years of experience at a high level JuCo. Her energy off the court and calmness on the court will fit in well with what we’ve already got in the gym. Katie’s beach experience will also add to our beach program in the spring and I am excited to add her to that roster as well.”

The indoor team is coming off a 5-28 season in which they went 1-15 as a member of the Sun Belt Conference. The beach team on the other hand went 9-12 in their most recent campaign in the spring of 2018.

Congrats to Newcomer @katie_mckayy on her recent graduation from @FeatherRiverCol! She received her Associate of Science Degree in Business Administartion, and is excited to come to @ULM_Official to continue her education! pic.twitter.com/YzpCkKOEwH