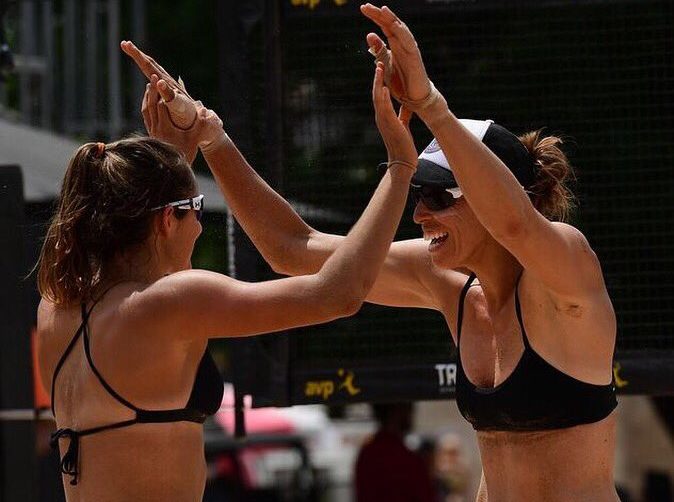 With the Gstaad Major under way, the Beach Major Series announced its wildcard entries for the Vienna Major, which will be played July 30 - August 5 on Danube Island.  Current Photo via AVP

With the Gstaad Major under way, the Beach Major Series announced its wildcard entries for the Vienna Major, which will be played July 30 – August 5 on Danube Island.

On the men’s side, two homestanding duos were given a free pass to the main draw, while a third was given a qualification wildcard.

Joining the men’s main draw are Austrians Martin Ermacora/Moritz Pristauz and Jorg Wutzl/Simon Fruhbahr, while Xandi Huber/Christoph Dressler will play their way through the qualifiers.

Brazilians Evandro Goncalves Oliveira/Andre Loyola Stein were the 2017 Vienna champions on the men’s side. The pair has since split with Evandro teaming up with Vitor Felipe and Andre pairing up with Alison Cerutti.

Toth is making her first appearance on the FIVB World Tour after serving a two-year ban for testing positive for a banned substance just ahead of the Rio Olympics. The 27-year old, who last played at the 2016 Gstaad Major, will resume play with her former partner.

Fendrick expressed her gratitude for the entry on twitter.

Fendrick and former partner April Ross were runnerup at the 2017 World Championships in Vienna, falling to Germans Laura Ludwig/Kira Walkenhorst in the final.

Vienna will mark the first FIVB World Tour event for Fendrick/Sponcil, although the duo has played together on the AVP Tour, finishing second at the Austin Open and fifth at the San Francisco Open.

Fendrick has bounced around with several partners on the 2018 FIVB World Tour, teaming up with Karissa Cook at the Hague Four Star, Nicole Branaugh at the Fort Lauderdale Major, Brooke Sweat at the Huntington Beach Open, Lane Carico at the Ostrava Four Star and Emily Day in Gstaad.