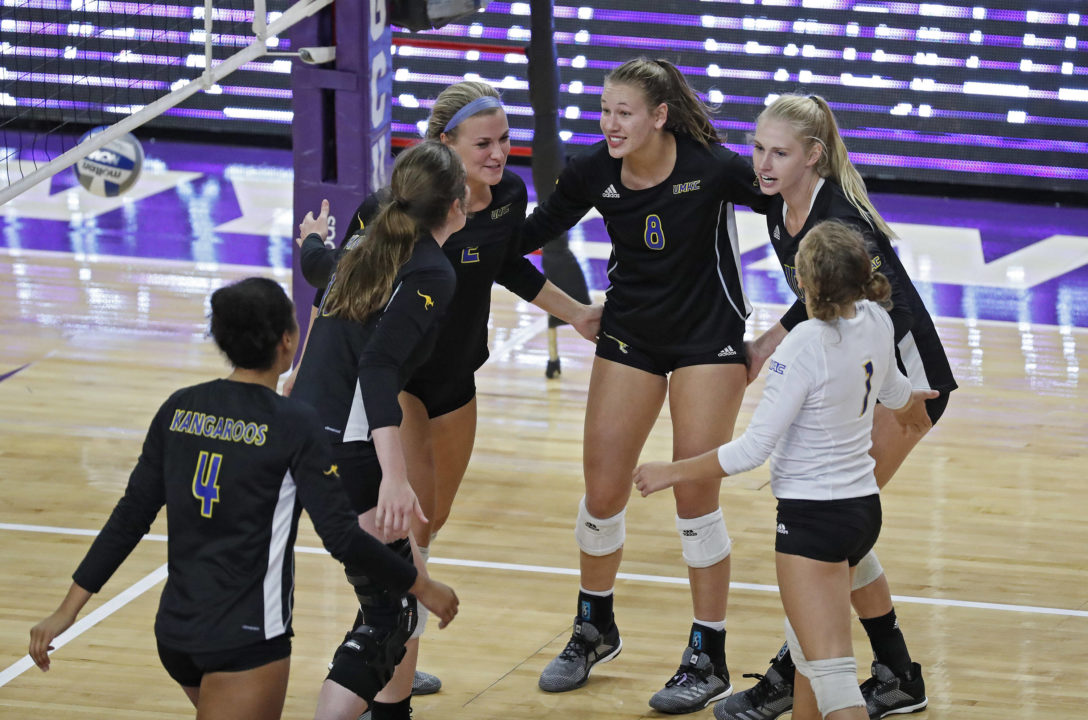 DENVER – Kansas City freshman right side hitter Melanie Brecka and Chicago State junior defensive specialist Megan Klavitter have been named the Western Athletic Conference Offensive and Defensive Volleyball Players of the Week, respectively, for the week of Sept. 17-23. This is the first-ever honor for Brecka and the second honor of the season and of her career for Klavitter.

Brecka, a Lincoln, Neb. native, led the Roos to a 2-0 record after averaging 4.67 points, 4.00 kills on a WAC-best .449 hitting and 0.33 service aces per set last week in a pair of road victories to open WAC play. In a four-set win at Grand Canyon, she tallied 18 kills on 34 attempts with just two errors for a .471 hitting percentage. She also added one ace, five blocks and four digs. In the come-from-behind victory at Utah Valley, Brecka had 18 kills, including 14 in the final three sets, to go along with two aces. It was UMKC’s first 2-0 WAC road weekend since Oct. 16 and 18, 2014 at NM State and UTRGV.

Congrats to freshman @MelB_628 on being selected as the @WACsports Volleyball Player of the Week for the first time in her career! Stay tuned for big things from this athlete. #WACvb #TeamKC #RooUP #RooNationRising pic.twitter.com/0HaYGWVbVa

Klavitter, a Fenton, Mich. native, averaged a WAC-best 6.62 digs per set as Chicago State earned a split on the road to open conference play. She recorded 24 digs in the Cougars’ 3-2 win at Utah Valley last Thursday for their first-ever victory over the Wolverines. On Saturday, Klavitter posted 29 digs and four assists in a three-set loss at Seattle U for a 9.67 digs per set average. She leads the WAC in total digs (378) on the year while also ranking in the Top 10 among the NCAA Division I leaders in digs per set.