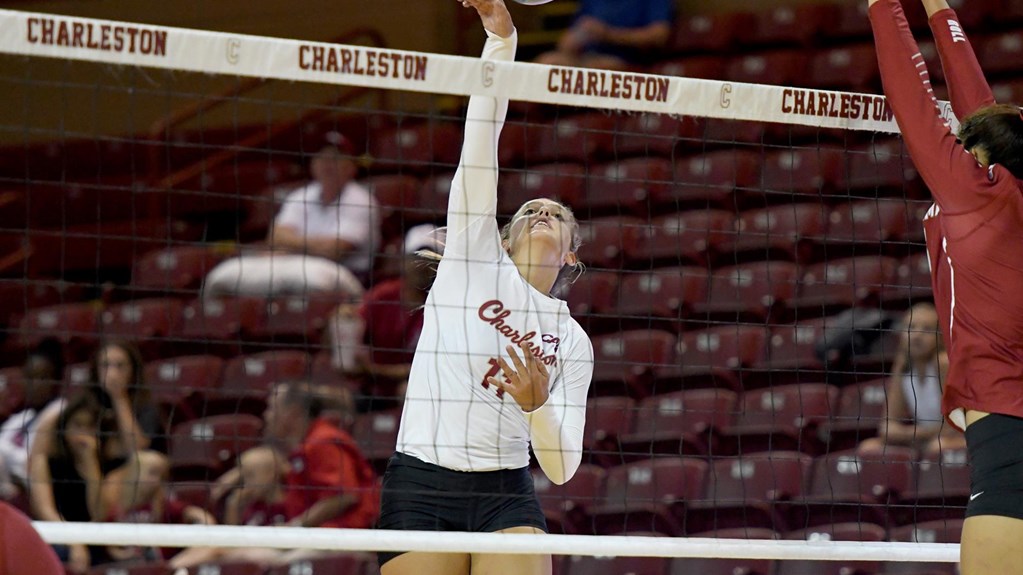 Devon Rachel, Charleston
Senior | Outside Hitter | Louisville, Ky./Mercy Academy
Rachel paced the Cougars to sweeps of Elon and William & Mary to open CAA this past weekend, averaging 4.83 kills and 2.50 digs per set to go along with a sweltering .400 hitting percentage. The senior outside hitter opened the weekend with a match-high 14 kills against Elon on Friday, hitting .308 and adding eight digs. She followed with a match-high 15 kills in Sunday’s win over William & Mary, hitting a blistering .538 to go along with seven digs and one block.

Congratulations to senior Devon Rachel, YOUR @CAASports Offensive Player of the Week!

M’Kaela White, James Madison
Junior | Middle Blocker | Riverdale, Md./Parkdale
White was a force on the defensive end in the Dukes’ 3-0 start to CAA play over the weekend. The junior middle blocker led JMU in blocks in each of its four matches. Her 24 blocks on the week doubled the next closest Duke. She tallied two solo blocks and four block assists in a five-set thriller against Hofstra on Saturday. In the loss against 2017 Atlantic 10 champion VCU on Monday, White had nine total blocks. She was also a force on the offensive end, averaging a .355 hitting percentage on the week and had double-digit kills in three matches.

After a putting up 24 blocks over four matches, M'Kaela White was chosen as this week's @CAASports Defensive Player of the Week!

Hannah Boyd, Northeastern
Freshman | Outside Hitter | Fort Worth, Texas/Boswell
Despite missing a match this weekend with illness, Hannah Boyd came back on Saturday’s CAA match at Towson on fire. She recorded 16 kills which currently stands as her third best showing of the season and tabbed 38 total attacks. Boyd contributed 17 points to the Huskies’ offense, giving them their first CAA victory of 2018. Boyd has proved an integral part of NU’s offense this season, starting in 12 matches and tallying 275 kills this season for an average of 3.50 kills per set.