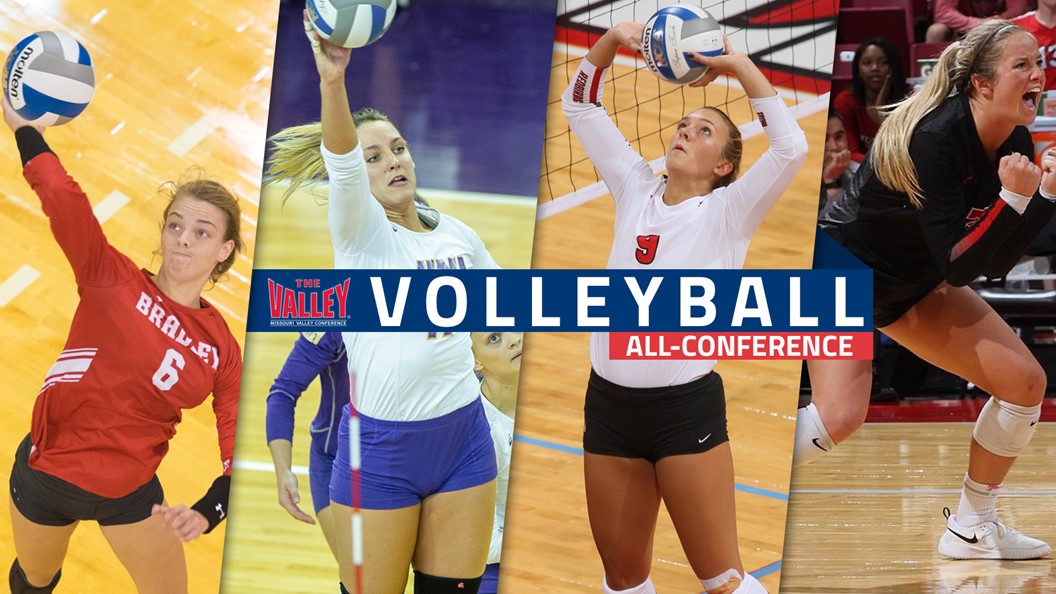 Pence, Jankiewicz, Thomas and Thompson headline a list of 18 student-athletes named to the 2018 MVC All-Conference teams, selected by the coaches, and announced by the league office Thursday. The all-conference teams were recognized at an awards reception today in Springfield, Missouri.

Thomas is the seventh player in UNI history to win the conference Player of the Year honor and first since Bre Payton won the award three straight seasons (2009-11). The senior middle blocker enters the tournament with 1,518 career kills, ranking fourth all-time at UNI. She also became the UNI career solo block leader this season with 97 in her career. Thomas is eighth all-time at UNI in career attacks with 3,499 and sits second in the Valley this season with a .347 attack percentage. This season, Thomas is averaging 3.64 kills per set with a team-high 91 total blocks.

Congratulations to Piper Thomas for being named the 2018 MVC Player of the Year. A well deserved award for the senior middle hitter.#UNIFight pic.twitter.com/R1WAqeCtDy

Pence broke the MVC career digs mark on November 9 and currently sits fifth all time on the NCAA Division I chart with 2,714 career digs. The award is her second career MVC Libero of the Year honor, also claiming the award as a sophomore in 2016. She currently ranks second in NCAA Division I in digs per set, averaging 6.01, while ranking 11th in total digs with 631.Pence is the fourth player to win multiple Libero of the Year honors, joining Wichita State’s Karen Augspurger, Evansville’s Julie Walroth and Illinois State’s Emily Orrick.

Can't have a successful offense without a stellar defense!

Jankiewicz currently ranks 20th in all of NCAA Division I in assists per set with 11.21 overall with 11.71 assists per set during league play. It is the second-straight year Jankiewicz has earned a specialty award after earning the MVC Freshman of the Year honor a year ago. The sophomore setter turned in 13 double-doubles in 2018, including 10 during conference play. Jankiewicz is the second Redbird to win the league’s Setter of the Year award, joining 2014 recipient Kaitlyn Early.

The backbone of the #REDBIRDvolleyball offense is your 2018 @MVCsports Setter of the Year! 🎉🎉🎉

Thompson is the only freshman in the country and one of three players in the nation with 340 kills and 470 or more digs this season. The freshman owns a team-best 18 double-doubles on the season, which is the most by a freshman in school history. Thompson averaged 3.04 kills and 4.15 digs in Valley play this season and had double-digit kills in 22 matches this season. She is Bradley’s second MVC Freshman of the Year, joining 2002 selection Lindsey Stalzer.

Thompson joins Lindsay Stalzer as only Valley Freshman of the Year pick in program history & is first Bradley freshman to earn All-MVC honors since 1993. pic.twitter.com/yHC44Lh9px

Bradley’s Carol Price-Torok picks up her first MVC Coach of the Year honor after guiding the Braves to a top three league finish after finishing at the bottom of the standings a year ago. She led Bradley to the biggest win improvement in the nation (+13), tying Florida International and Stetson. She has also improved the program’s overall and MVC win total in each of her first three seasons. Bradley became the first team in league history to finish in the top three of the standings after a last place finish the previous season. Price-Torok joins Scott Luster (2001) as the only two Bradley coaches to win the award.

The 2018 MVC Coach of the Year is @BRADLEYvolley head coach @CarolPriceTorok after leading the Braves to the biggest 1-season turnaround in MVC history.

Valley regular-season co-champions Illinois State and UNI, along with Bradley, Valparaiso, Missouri State and Drake, the league’s top six finishers, combined to place 17 athletes on the first and second team all-conference squads. The Panthers placed five players on the first and second teams, Illinois State earned four first-team honors, Bradley placed three players on the list, Missouri State and Valparaiso added a pair of honorees, while Drake and Evansville each had one selection.