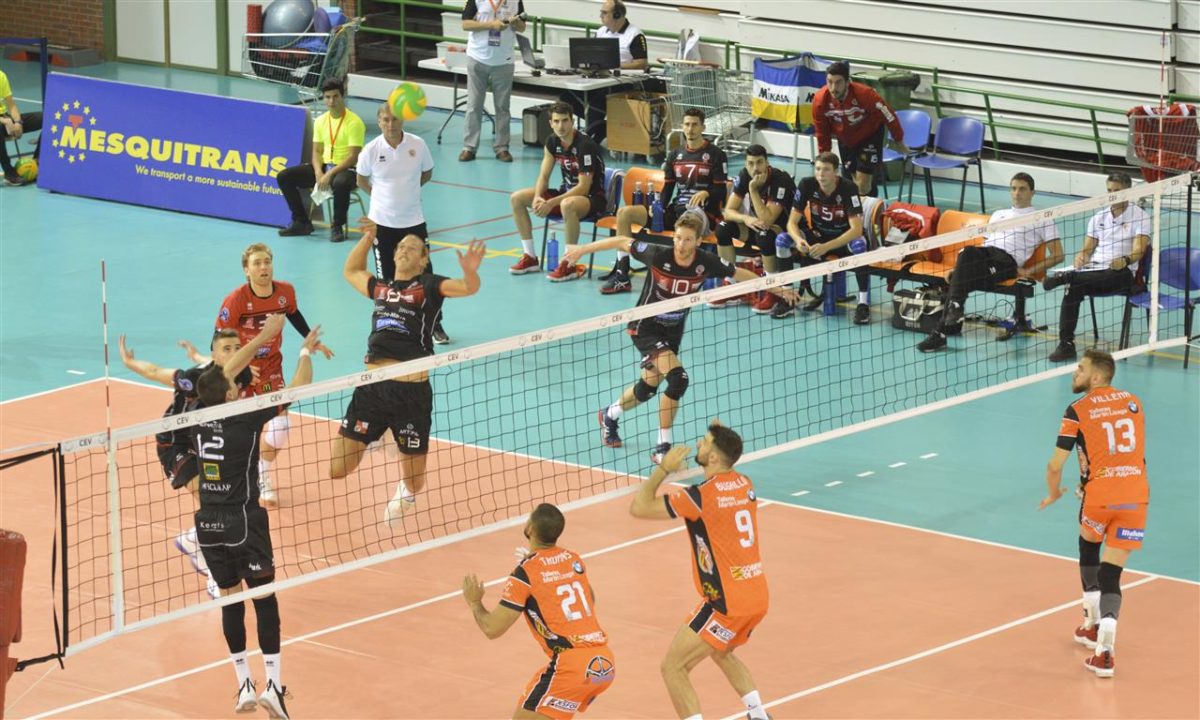 Averill lead his team with 20 points, but dropped a tight match 3-2 in the first leg of the 2nd Round.  Current Photo via CEV

CV Teurel was facing a loss a home in the first leg of the 2nd Round of the Champions League against Chaumont, but they fought back from being down 2-1 in order to set themselves up to advance with a win next week. Andres Villena led things in attack for Teurel with 22 kills on 35 attempts and a .514 (63%) attack average. The opposite from the Spanish squad also added a block to finish with 23 points.

Thomas Ereu Santander was held in check by the French runners-up from last season. The outside hitter scored 12 points on 10 kills, 1 ace, and 1 block. He hit .208 (42%) with 5 errors in attack. Santander was Teurel’s leading passer in service receive. He passed 62% of his receptions positively and 38% perfectly.

Pablo Bugallo scored 10 points in the middle for Teurel. His points came on 7 kills, 2 blocks, and 1 service ace. Miguel Fornes contributed 9 points from the other middle blocker position. He finished with 4 kills, 1 ace, and a team-high 4 blocks. Pedro Rangel set his team to a .350 (51%) hitting percentage in the win.

Chaumont were led by middle blocker Taylor Averill. The United States National Team member was the teams high-scorer with 20 points. He posted a match-high 5 blocks and tied a match-high with 3 aces. In addition to that he scored on 12 kills with a .450 (60%) attack average.

Wassim Ben Tara was effectively contained by his Spanish opponents. The starting opposite was held to just 10 points on 8 kills, 1 block, and 1 ace in 5 sets. Martin Atanasov scored 12 points from the outside hitter position from 9 kills, 1 block, and 2 aces. Matej Patak scored just 5 points from the other outside hitter position. He was replaced in the 2nd set by rookie, Keith West. West, from the University of British Columbia, started in the 3rd and 4th sets. While he only put away 5 kills, he hit .571 (71%) and passed an impressive 85% of his 13 receptions positively (62% perfect).

Jorge Fernandez Valcarcel scored 8 points starting opposite of Averill at middle blocker. His points came on 7 kills and 1 block with a .500 (70%) attack average. Michael Saeta followed his 9-point performance in the Champions League last week, with 7 more points this week. The setter from UC Irvine scored on 3 aces, 2 kills, and 2 blocks. In addition to his point production, he set Chaumont to a .307 (48%) attack efficiency.

These teams will play again next week. Any win by CV Teurel will see them through to the next round. A win by Chaumont in 3 or 4 sets will secure their progression to Round 3. If Chaumont wins in 5 sets, they will play a Golden Set to 15 points in order find out who advances.

Before they play again Chaumont will play Tours VB in the French Ligue A on Saturday, October 27. Chaumont is still looking for their first win in their domestic league. CV Teurel will play Urbia Volley Palma on Saturday in the Spanish league. Palma is currently in 1st place in their league.