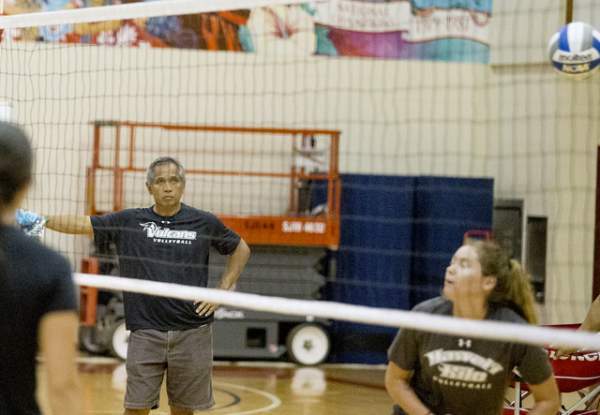 The University of Hawaii at Hilo is in search of a new head coach after Tino Reyes has resigned after... Current Photo via Tribune-Herald UH-Hilo

The University of Hawaii at Hilo is in search of a new head coach after Tino Reyes has resigned after seven seasons, after posting a 78-84 and 59-68 Pacific West Conference record.

Reyes is a Molokai native and former UH-Hilo student, he had been the top assistant at Hawaii-Manoa with their men’s squad before heading to UH-Hilo in 2010. In his first two seasons, his teams went 33-12 and 24-8 in the Pacific West Conference, where the team advanced to the NCAA Division II West Region tournament. Since 2011, the team has posted five consecutive losing seasons.

“It [the meeting] was about five minutes,” said Reyes, “It wasn’t a good situation. I guess my options were to resign or be fired.”

This season was tough for Reyes, as he lost two players right before the season began, one with an injury and one left the school. Senior Marley Strand-Nicolaisen led the team this season being named all-conference with a list of school records on top of it, but had little backup from the rest of the team.

Reyes is the third of UH-Hilo’s coaches to resign since athletic director Pat Guillien was hired in September of 2015.

“The search is on,” Guillien said. “This is a sport with real tradition throughout our state, and certainly here. We want to get back to the kind of success we have known here previously.