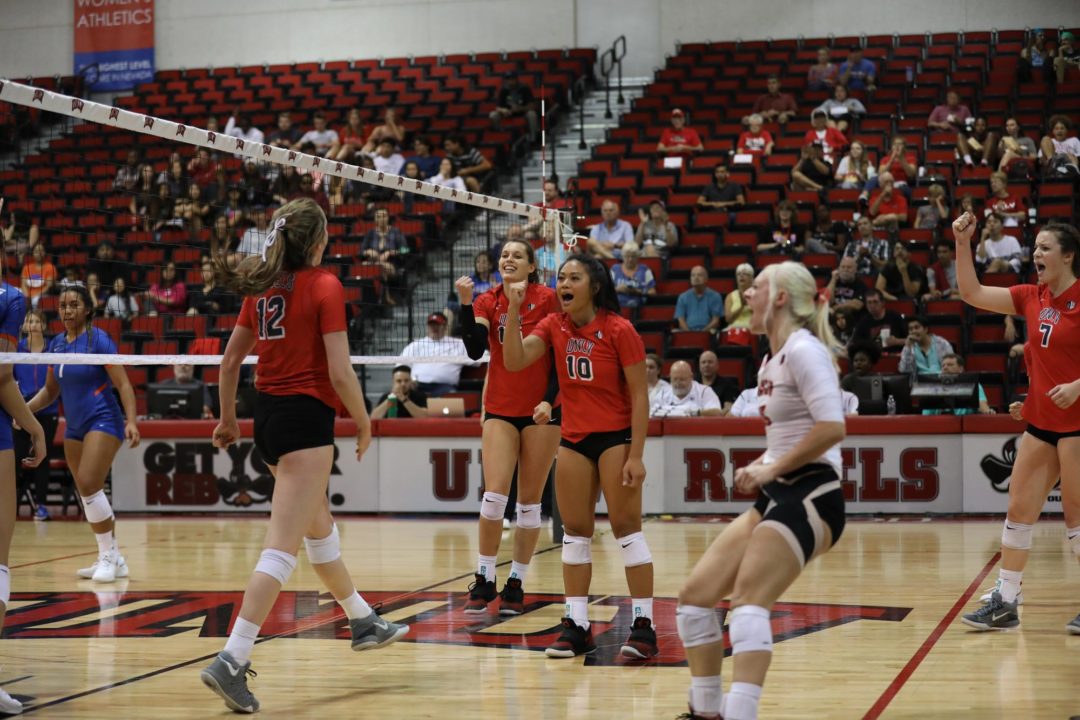 UNLV, Wyoming, and Colorado State, the top three schools in the Mountain West standings heading into Saturday, all took care of business to move to 2-0 in the conference. UNLV needed four sets to win on the road against Utah State, Wyoming won three highly competitive sets against Nevada, and Colorado State held off San Jose State 26-24 in Set 3 to earn the sweep. Meanwhile, Boise State picked up its first conference win by sweeping New Mexico.

UNLV came out in the opening set and took control of the Aggies by building a 16-12 advantage. Utah State continued to battle, tying the match five times before winning the final two points to take the set, 25-23.

Despite dropping the first set, the Rebels didn’t panic. UNLV grabbed the lead midway through Set 2 and put the Aggies away, 25-20 to even the match.

The Rebels fell behind early in the third set, but battled back to tie it up at 10 apiece. UNLV then surged ahead with an 8-1 run to grab an 18-11 lead and capped the set with a 4-0 run.

In the fourth, UNLV appeared in control as it held a 15-8 advantage, but Utah State rallied late to tie the set at 22. The Rebels closed out the match, thanks to an Aggie service error.

Here's how it all ended Saturday – a service error by Utah State! #BEaREBEL #MWVB

Game. Set. Match! Sabryn Roberts closes this match out with her 14th kill of the match. Her and Janell Walley finish tied for a team high 14 kills. Broncos beat the Lobos 3-0 #BroncosWin #BleedBlue pic.twitter.com/51IAwjxSjX