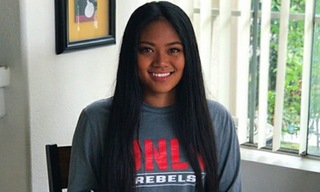 The University of Nevada, Las Vegas women’s volleyball program has signed junior college transfer Antonette Rolda from Saddleback College. A 5’7″ setter, Rolda will be a junior in the fall with two years left of play and should be immediately eligible.

Rolda isn’t the only transfer coming to UNLV in 2018 either, as she joins sophomore middle blocker Macy Smith from South Dakota State.

It’s also an addition at a position of need for the Rebels, who currently don’t have any setters on their 2018 roster. UNLV is coming off of an 8-23 season in which they went 4-14 in the Mountain West Conference.