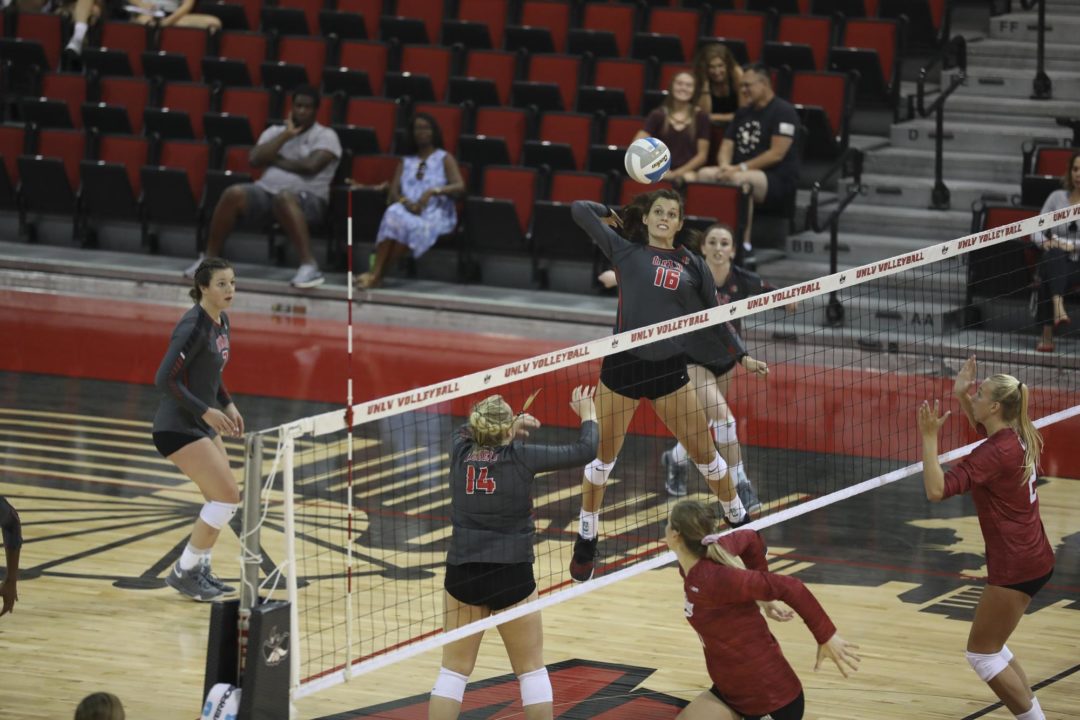 COLORADO SPRINGS, Colo. – UNLV’s Mariena Hayden was selected as the Mountain West Offensive Player of the Week for the second consecutive week and the second time in her career, while her teammate Elsa Descamps was named the MW Defensive Player of the Week. It’s the second time in Descamps career that she has received the Conference’s weekly honor, receiving an offensive award in 2016. Both student-athletes were selected for their performances in contests through Sept. 16.

ICYMI: @Marienahayden was named the @MW_OlySports Offensive Player of the Week for the 2⃣nd straight week, while teammate Elsa Descamps was selected for the Defensive award! #UNLVvball 🏐 #BEaREBEL