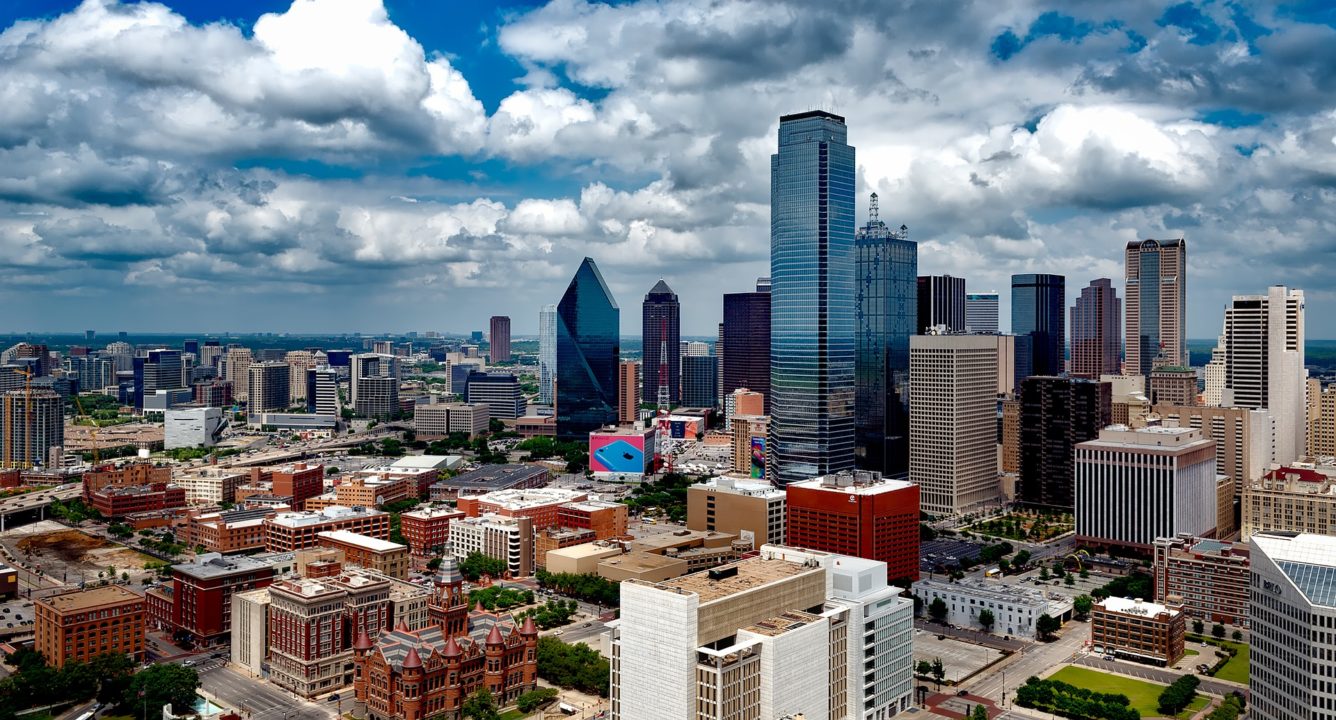 Dallas, Texas (above) will continue its run as a major USA Volleyball host in 2019, along with Columbus and Indianapolis. Stock

After Detroit next year, this tournament will head to the Indiana Convention Center. The center has more than 1.3 million square feet of space and is unique in that it’s connected to tons of other facilities via covered and enclosed walkways – including Lucas Oil Stadium (home of the Indianapolis Colts), a 4-story shopping mall, and more hotel rooms than any other such complex in the nation.

“Indianapolis has a long track record of being able to host large-scale, amateur and professional events,” USA Volleyball Senior Director Tom Pingel said. “Along with hosting our 2016 GJNC, they’ve recently hosted the 2012 Super Bowl, numerous NCAA Championship events and of course, the Indianapolis 500 each year. After hosting the event in 2016, Indianapolis will be even more ready for the 2019 edition.”

Besides its professional sports teams, Indianapolis is the home of the NCAA headquarters, which means that it’s been the host for many large-scale collegiate sporting championships. The city hosted the 2016 BJNCs as well.

“Dallas continues to prove to be one of our best cities for USA Volleyball Championships,” Pingel said. “It was very popular in 2016 for the BJNC and we know it will again in 2019.”

Dallas, which has become a regular on the rotation for USA Volleyball tournaments, will draw the Boys’ Junior National Championships.

The Boys’ Junior National Championships are expected to draw over 450 teams and nearly 5,000 competitors according to USA Volleyball. 12 boys’ titles are given in age groups from 12-and-under to 18-and-under.

The tournament will be held at the Kay Bailey Hutchison Convention Center, where they’ll celebrate the 40th edition. Phoenix hosts the 2018 edition of the tournament. 2019 will be the 3rd time Dallas has hosted htis tournament – after 1998 and 2008.

While Texas doesn’t sponsor a boys’ high school volleyball championship for most of its schools, there are several large club teams in the Dallas area. According to TexasBoysVolleyball.com, there are 5 active teams, with at least 4 more showing interest. That’s more than any other metropolitan area in the state.

“We consider volleyball a strong part of the sports fabric here in Dallas and are honored to serve as the host of the 2019 USA Volleyball Boys’ Junior National Championships,” Dallas Sports Commission Executive Director Monica Paul said. “We look forward to welcoming all of the USA Volleyball family, players, coaches, officials and fans for another big event in Dallas.”

“Dallas continues to prove to be one of our best cities for USA Volleyball Championships,” Pingel said. “It was very popular in 2016 for the BJNC and we know it will again in 2019.”

“After many years, USA Volleyball is excited to be returning to Columbus for the 2019 USA Volleyball Open National Championships,” USA Volleyball Senior Tournament Director Tom Pingel said. “Columbus has proven to be a wonderful host destination for volleyball and we know it will be a great event.”

Open Nationals is for teams made entirely of players aged 18-and-older, with the oldest divisions being the men’s 79-and-over group. The tournaments become as much about camaraderie as competition in many divisions, though there are many current and former USA Volleyball National Team members who participate. That’s especially true in the most elite PVL division.

In other divisions, teams are playing together for the first team – with players able to be added to teams as individuals specifically for the tournament.

The first Open Nationals tournament was held in 1928 and has run every year since – save for two years during World War II. The 2019 edition will be the 90th.