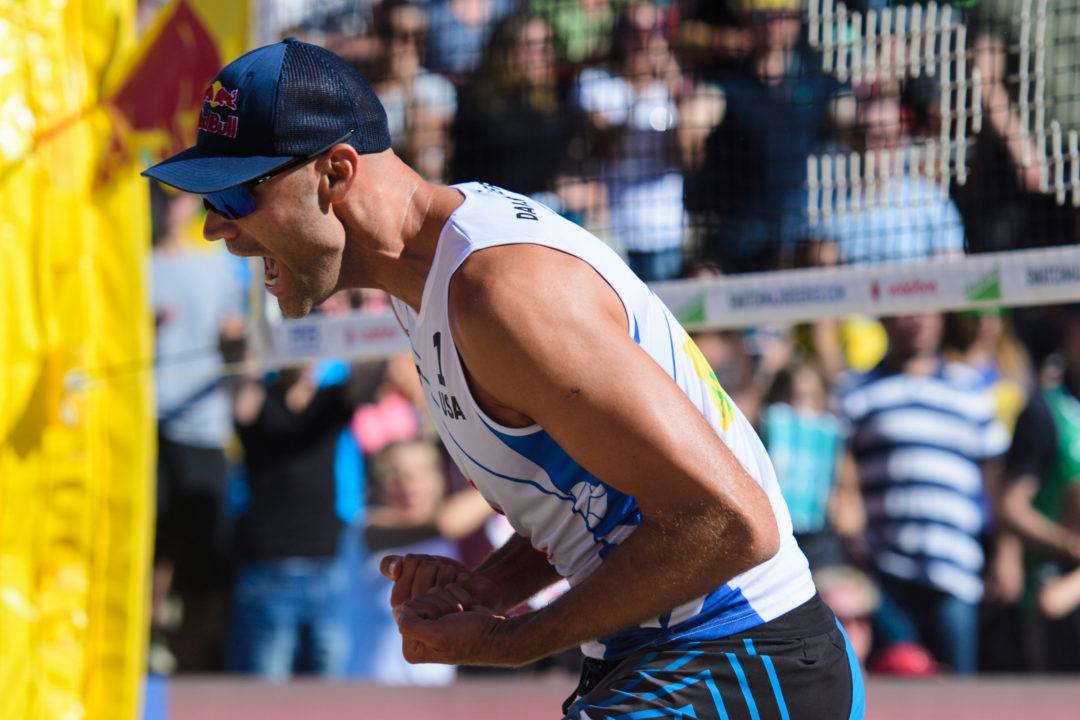 Phil Dalhausser has once again taken the title of USA Volleyball's Male Beach Player of the Year following an extremely successful season on the sand.   Current Photo via FIVB

Phil Dalhausser has once again taken the title of USA Volleyball’s Male Beach Player of the Year following an extremely successful season on the sand.

Dalhausser is no stranger to winning the prestigious award as this is his second straight year winning and seventh in his career.

The duo of Dalhausser and Nick Lucena will now be in a more steady training situation as Lucena lives in Tallahassee, Florida while Dalhausser is in the process of moving from California back to the Orlando area. The pairing had a great year on the beach as they won three gold medals and one bronze medal on the FIVB World Tour and two wins on the AVP Tour. Additionally, Dalhausser was named the FIVB’s Most Outstanding Player, Best Blocker and Best Offensive Player while picking up MVP, Best Offensive Player, Best Blocker, Best Server and Men’s Team of the Year on the AVP Tour.

The duo will open up their 2018 season with the FIVB World Tour five-star event in Fort Lauderdale from February 27 to March 4.