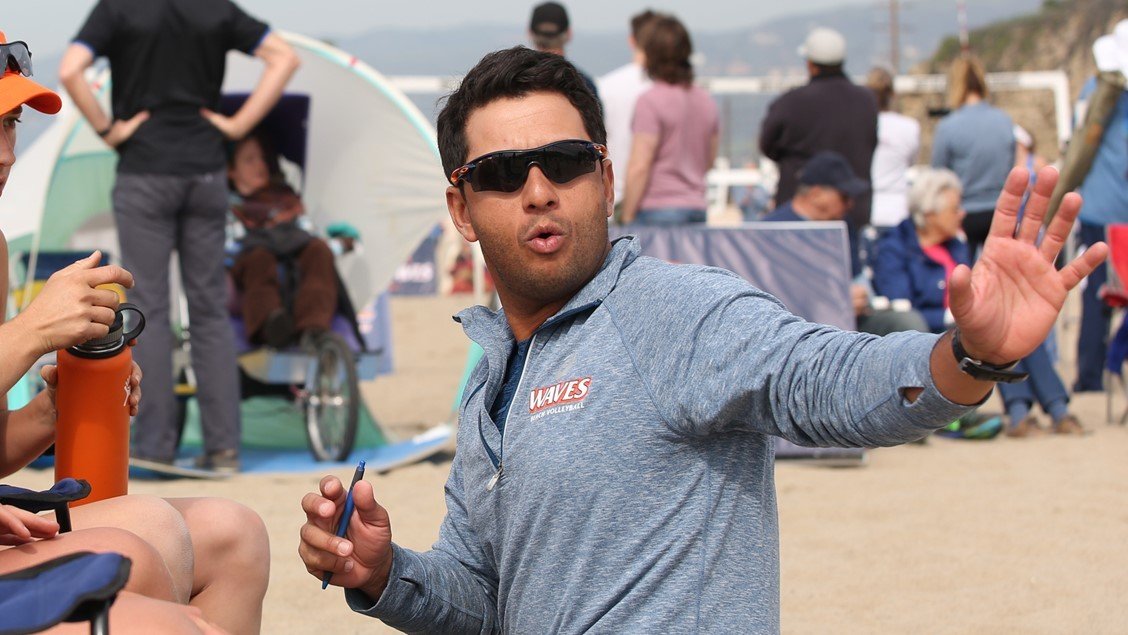 Gustavo Rocha was a volunteer assistant last season with Pepperdine - the team that USC beat for the NCAA title. Archive Photo via USC Athletics

USC has hired Gustavo Rocha to join its women’s beach volleyball program ass an assistant coach. He will replace Ali Lamberson, who spent the last two years as an assistant with the school’s beach program.

“We are so pleased to have Gustavo join the Trojan Family,” said USC beach head coach Anna Collier. “He is a proven coach on the sand and brings such a passion to teach the game and to grow the sport. It will be exciting to see our student-athletes and this program grow with him on staff.”

Rocha spent the last two seasons as a volunteer assistant at Pepperdine – who USC beat in last year’s NCAA Championship match. In his two years there, Pepperdine was 47-10, including 27-5 last season. He’s also spent time as an assistant coach under Marcio Sicoli to the U.S. Olympic duo of Kerri Walsh Jennings and April Ross. He was responsible for training the world-class athletes for the seven months leading up to and during the 2016 Rio Olympic Games.

He also was the head coach to AVP pros Bill Kolinske and Avery Drost in 2016, which included a 3rd-place finish at the New York City event. He also assisted in coaching Jake Gibb and Tyler Crabb, winners of the 2017 AVP Gold Series event in New York, and working with Walsh Jennings and her new partner Nicole Branagh.

Rocha joins the staff of the greatest beach volleyball program in NCAA history – by definition, they’ve won both of the NCAA beach volleyball team titles. 2018 will be a rebuilding year for the Trojans. They graduated 5 seniors – which includes both of their #1s, both of their #2s, and half of their #3s – including Kelly Claes and Sara Hughes, who lost only once all of last season. USC finished the year 38-1, and Collier is 146-18 all-time as the program’s head coach.

Rocha was a setter indoors for 4 years at Park University in Missouri from 2001-2004 and earned All-Conference honors 3 times.