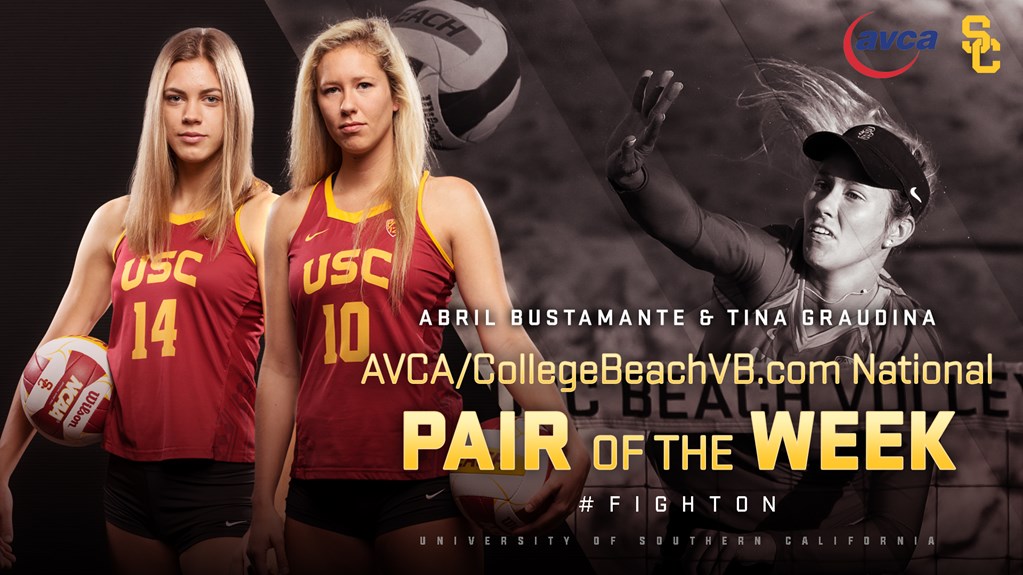 After an undefeated weekend at the East Meets West Challenge, USC's Abril Bustamante/Tina Graudina picked up the AVCA Beach Pair of the Week.  Current Photo via USC Athletics

After an undefeated weekend at the East Meets West Challenge, USC’s Abril Bustamante/Tina Graudina picked up the AVCA Beach Pair of the Week.

The duo swept each of their opponents over the weekend, with all being ranked in the AVCA Top-20. Since playing their first match together on March 3, the pairing has not lost a match as the Trojans #1 pair for a 6-0 mark.

Aside from their match against LSU’s Kristen Nuss/Claire Coppola, Bustamante/Graudina dominated their opponents, holding many of their foes to single-digit scores. Against the Tigers, the Trojans extended past the normal ending point of 21 to a 25-23 score.

The Trojans are now 8-4 as a team and will play in five matches this coming weekend at the Outrigger Hawaii Invitational where they will take on Nebraska, Hawaii and Grand Canyon.