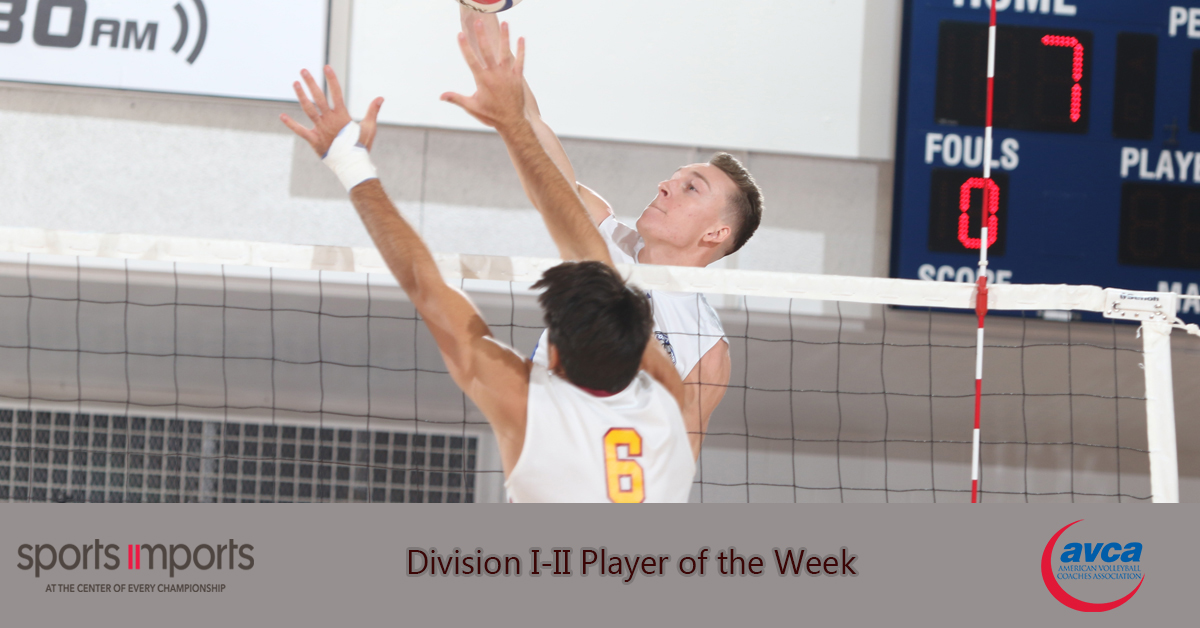 Fort Wayne's Tony Price has been named this week's AVCA Men's DI-II Player of the Week after helping his team to a 2-1 week.  Current Photo via Fort Wayne Athletics

Fort Wayne’s Tony Price has been named this week’s AVCA Men’s DI-II Player of the Week after helping his team to a 2-1 week.

Fort Wayne played in three matches this week, winning against #3 UC Irvine in five, losing to #14 UC Santa Barbara and sweeping Concordia Irvine as an unranked team. In 11 sets played, Price posted 3.09 kills per set on a .364 hitting percentage. Additionally, he recorded 1.73 digs per set and 0.63 blocks per set.

Against UC Irvine, Price posted 13 kills on a .367 hitting clip along with 9 digs, 3 blocks and 2 aces – the win was the program’s first over a top-5 team since 2007. In the team’s win over Concordia Irvine, he recorded 15 kills without committing an error.

This is the 11th time that a Fort Wayne player has picked up the AVCA Player of the Week with the last coming on January 27, 2015.