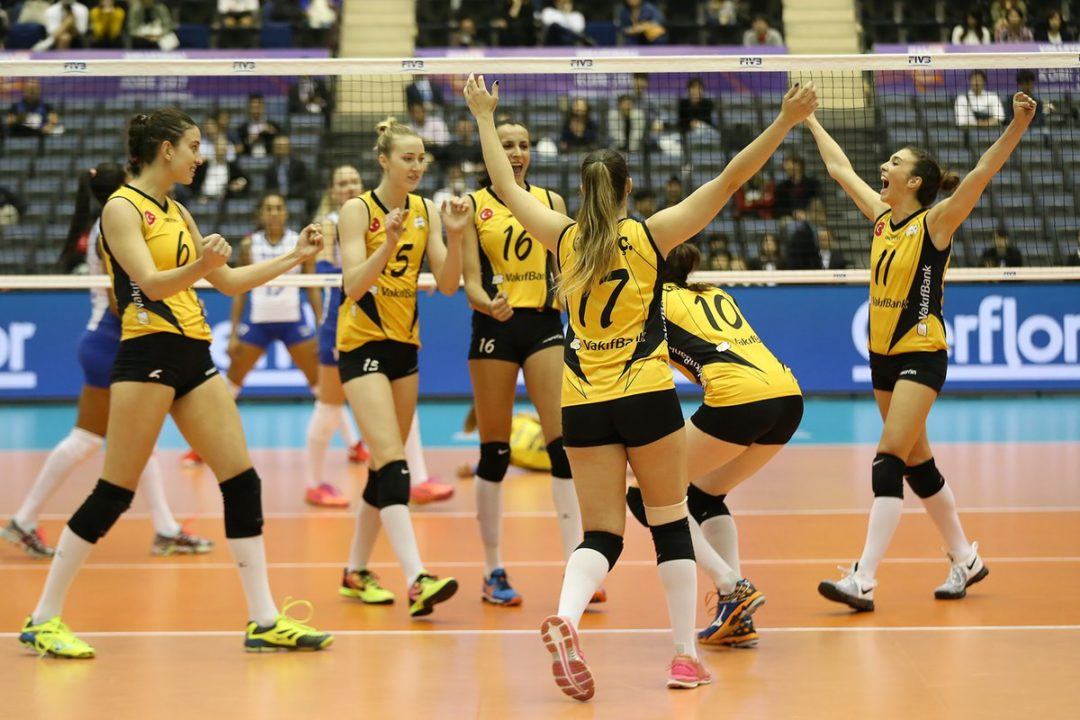 VakifBank Istanbul claimed a tough four-set match between city rivals Galatasaray in the fourth round of the 2018 Champions League.  Current Photo via FIVB

VakifBank Istanbul claimed a tough four-set match between city rivals Galatasaray in the fourth round of the 2018 Champions League.

VakifBank claimed the first set in a close battle that ended 25-22 and widened the gap in the second to win 25-18. Galatasaray fought their way through a back-and-forth third set to take down their opponent 25-23 and avoid the sweep. VakifBank closed out the match with another close set in the fourth 26-24 to take their first victory in the fourth round of the Champions League.

Leading VakifBank to victory was Zhu Ting with an impressive 25 points while Lonneke Sloetjes contributed another 12. Blocks played a big role for the winning squad as they posted 13-10 blocks along with 9-8 aces.

For Galatarasay, Tatiana Kosheleva put down 23 points in the loss while Nesilhan Demir Guler and Dobriana Rabadzhieva posted 17 and 11 points, respectively. On the attack, Galatasaray led VakifBank by one kill 50-49.