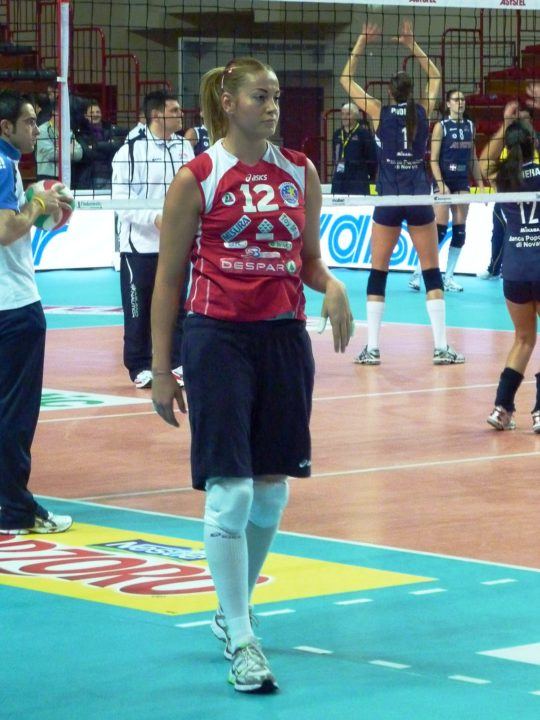 With all the fame she has gathered on the volleyball court, Veronica Angeloni is stepping into another arena altogether –... Current Photo via Mentnafunangann

With all the fame she has gathered on the volleyball court, Veronica Angeloni is stepping into another arena altogether – reality television. Angeloni will partake in the upcoming season of the Italian version of Big Brother Vip.

This is not her first stint with the show or on screen, Angeloni has previously taken part in the show where she was a love interest with Mario Balotelli and Christian Vieri.

On the volleyball side of things, Angeloni has been a strong fixture on the volleyball court in the Italian clubs over the years, though she has never broken through to any strong A-side teams in Italy. She had a few runs with the Italian National Team, earning gold medal at the 2004 U19 European Championships and 2009 World University games.

Last season, she played with Saint Raphael, where she had 141 points in 54 sets, with a ton coming from the service line. In the league, Angeloni ranked in the top-ten in serves with 15 aces before her transfer to Indonesian club – PT Petrokemia Gresik. This move is her first out Europe to play volleyball.