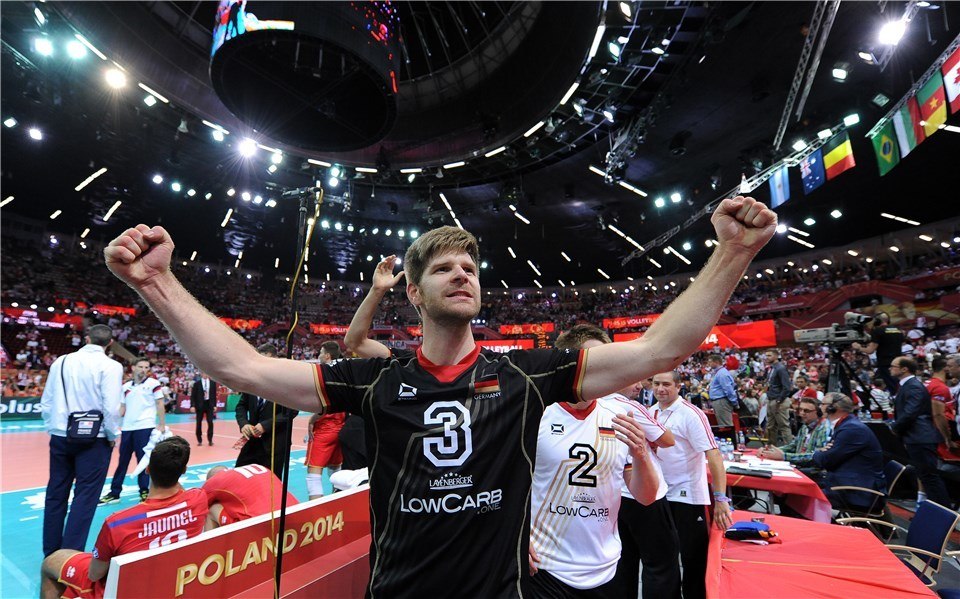 Veteran of the German national team returns to play professionally in his home country.  Current Photo via FIVB

Sebastian Schwarz has returned to Germany to play professionally. The 6’6” (197 cm) outside hitter will play the 2017/2018 season for United Volleys Rhein-Main in the Deutsche Volleyball-Bundesliga, the highest professionally league in Germany. This will be his first year back in Germany since the end of the 2013/2014 season.

Schwarz has played in a total of 157 matches for his home country of Germany. His best result with the national team was winning the bronze medal at 2014 FIVB Men’s World Championship. He scored 67 points in the tournament that year, accumulating 55 kills, 10 blocks and 2 aces. He tallied 12 points and 7 digs in the bronze medal match as Germany defeated France in straight sets. That was a high point for German volleyball as they have struggled to find consistency at international competitions. Until this past FIVB World League, the German national team had finished no higher than sixth place at any major tournament since their bronze medal winning performance in 2014 at the World Championships. They took the bronze medal at the yearly tournament this past summer, but did so in group 3.

Schwarz’ new club team United Volleys Rhein-Main finished the 2016/2017 Bundesliga regular season in third place of the of the 11 teams. Vfb Friedrichshafen is the defending regular season champion and has won 14 championships in their history.